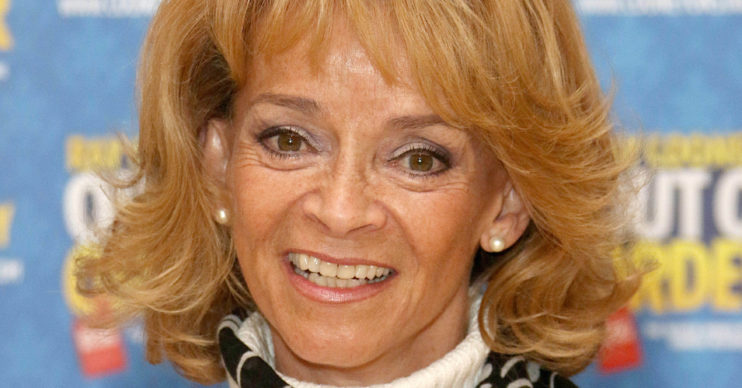 She's got her sights on Billy Mitchell

EastEnders is getting a new cast member who fans will recognise – Sue Holderness.

Only Fools and Horses legend Sue is joining the soap for a short stint.

And, furthermore, 71-year-old Sue is set to ruffle feathers with her character, who sets her sights on… Billy Mitchell!

Who will Sue Holderness play in EastEnders?

Sue will play estate agent Estelle in an upcoming storyline.

However, she soon switches her focus to Billy, and not everyone is as happy about her advances as Billy is.

Sue said about her appearance: “After more than 50 years in the business it was my first time working on a soap and I loved the whole experience.”

What else did Sue say?

Sue continued: “I was absolutely delighted to have been given the chance to visit Walford.

“It felt very surreal to be popping into the actual fish and chip shop, Ruby’s club, the Queen Vic, and wandering around Albert Square.

I was just ridiculously excited about the whole thing.

“I was just ridiculously excited about the whole thing.”

Meanwhile, the EastEnders Twitter page announced: “We are beyond excited to announce that star of screen and stage, Sue Holderness has joined the cast of #EastEnders for a short stint later this spring to play Estelle.”

Sue will begin her stint in Albert Square next month.

Who did Sue play in Only Fools and Horses?

Sue played Marlene in the legendary sitcom in the 1980s and 90s.

Together with husband Boycie, the couple regularly propped up the bar at The Nag’s Head with all the regulars like Del Boy, Rodney, Uncle Albert and Denzil.

Marlene appeared in the show from 1985 until 2003, and then appeared in spin-off The Green Green Grass.

Read more: When are the soaps on tonight? ITV and BBC One have changed their schedules

In that sitcom, Boycie and Marlene had to flee Peckham to escape from the Driscoll brothers.

Subsequently, they settled on a farm in Shropshire. You can take the couple out of Peckham, but not the Peckham out of the couple!