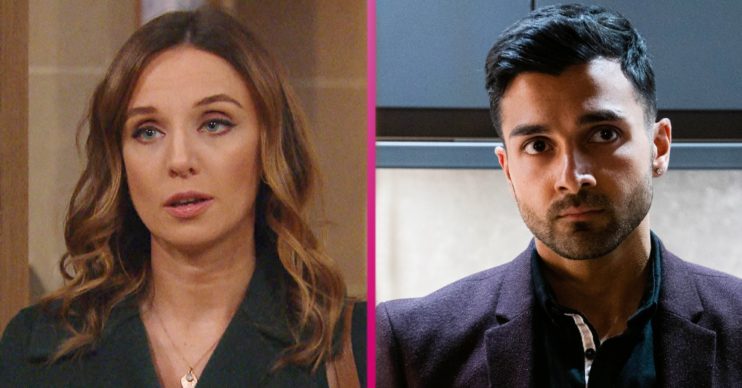 When are the soaps on tonight? ITV and BBC One have changed their schedules

When are the soaps on tonight? ITV and BBC have changed their schedule for tonight (Thursday, March 25) which means both Emmerdale and EastEnders will be on at different times.

When is EastEnders and Emmerdale on tonight?

Tonight, Emmerdale will air at the slightly earlier time 6.45pm and will end at 7.15pm.

This is because the Live International Football will start on ITV at 7.15pm.

The match will see England v San Marino with a 7.45pm kick-off.

Meanwhile on BBC One, EastEnders will start at 7.40pm. This will be followed by a second episode at 8.05pm.

There will be no episode of EastEnders tomorrow night (Friday, March 26) as the Liv Six Nations Ruby Union will be starting on BBC One at 7.30pm and will finish at 10pm.

What will happen in tonight’s Emmerdale?

In tonight’s episode of the ITV soap Aaron makes his excuses after being stopped by police.

What will happen in tonight’s EastEnders?

In tonight’s first episode of EastEnders Gray gets an unexpected call from the school. The teacher says there’s an issue with Mack and she is coming to see him.

Meanwhile Ruby tells Jean that she will call DS Barnes and drops the charges against Stacey.

But soon Ruby gets more bad news when she and Martin go to a medical appointment and the doctor informs her she may have endometriosis, which effects her fertility.

In the second episode, Kheerat gives Vinny the opportunity to prove himself by looking after Sta’s associate. But he’s disheartened when he learns he is his driver.

Kush plans a romantic evening with Whitney, but when she has to work at Gray’s he brings the date night to her.

However when Gray returns home, he is furious to see what’s happening.

Emmerdale usually airs weeknights at 7pm on ITV, with an extra episode at 8pm on Thursdays