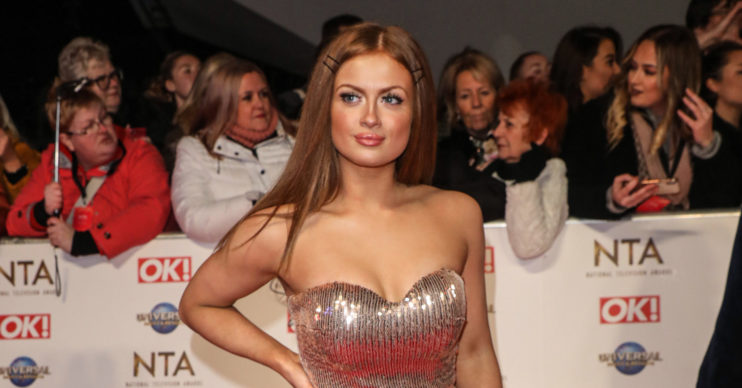 Benny was her "big brother and best friend"

EastEnders star Maisie Smith has been left devastated by the death of her dog Benny.

The 18-year-old actress, who plays Tiffany Butcher-Baker in the BBC soap, has taken to her TikTok account to post a heartfelt tribute to her beloved pooch, describing Benny as her “best friend”.

Maisie captioned a series of video clips: “Meet Benny. He was the bravest, the sleepiest, the kindest, the goodest [sic], the silliest, the handsomest big brother and best friend.

Maisie also posted a tribute to her pooch on her Instagram stories.

Maisie made her EastEnders debut back in 2008, and she’s recently been tipped to appear on this year’s Strictly Come Dancing.

The actress has confessed she’d “love” to appear on the hit show, after winning a special EastEnders version of Strictly last year for Children In Need.

Asked about the possibility, Maisie replied: “I would love to! Honestly, I don’t know where [my sassy moves] came from, but I pulled it out the bag at the last minute.”

The teenage star thinks she would relish the opportunity to compete in the real Strictly.

She previously said: “Children In Need was the most fun ever, and that was after only a week of training.

She added: “So, yeah, to do it week after week, I’d definitely be up for that!”

The soap star, who fought off competition from Ricky Champ, Louisa Lytton and Rudolph Walker, explained: “I had the most amazing week, I couldn’t have asked for a more wonderful team by my side – it’s just been amazing.”