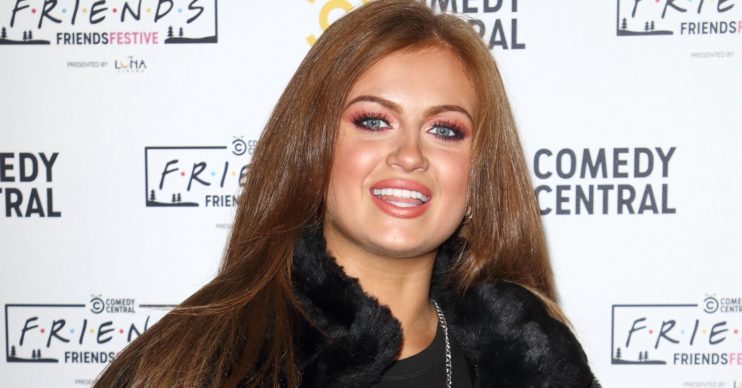 Maisie wants him back on our screens

Walford favourite Maisie Smith is desperate for her on-screen dad, Sid Owen, to return to EastEnders.

The Tiffany Butcher actress has called for bosses to reintroduce Ricky Butcher after a near decade-long absence.

Ricky hasn’t been seen in Albert Square for eight years, since actor Sid quit for a new life in France.

But Maisie wants him back and she told Inside Soap: “I’d love for Tiff’s dad Ricky to come back, and fight for that father role against Jack [Branning].

“That would be quite a good little drama.”

She added: “Patsy [Palmer] came back for a short spell last year, which was amazing, but Sid and I haven’t worked together in so long.

“It would be a completely different dynamic to see Tiffany and Ricky together again now she’s grown up – that would be very interesting to film.”

Actress Patsy is set for another return, for Whitney Dean’s upcoming murder trial after she killed her stalker, Leo King.

However, it is not yet known if this is still the case after the pandemic disrupted filming.

A source told The Sun: “Bianca is a legendary character and the writers are always delighted to be able to invite Patsy back to play her.

“Whitney’s admission will lead to some tough times for her, so her adoptive mum comes back to help her out. Although it remains to be seen how helpful Bianca back will be for her.”

The return would be Patsy’s fourth stint as Bianca on the popular BBC One soap since she joined the cast in 1993.

Maisie herself has told how she is desperate for Patsy to make another comeback.

She said: “Patsy is like my second mum, she always has been.

“I’d love to have Bianca back. The relationship between her and Tiffany is so great, it was hilarious. They bounced off each other every day and it’d be nice to continue that.”

She added: “I’m often asked if Tiffany is turning into Bianca, but I think it’s already happened. It’s inevitable I suppose, spending so many years with her it would be quite hard not to.”

Do you want Bianca and Ricky back? Leave us a comment on our Facebook page @EntertainmentDailyFix and let us know what you think!