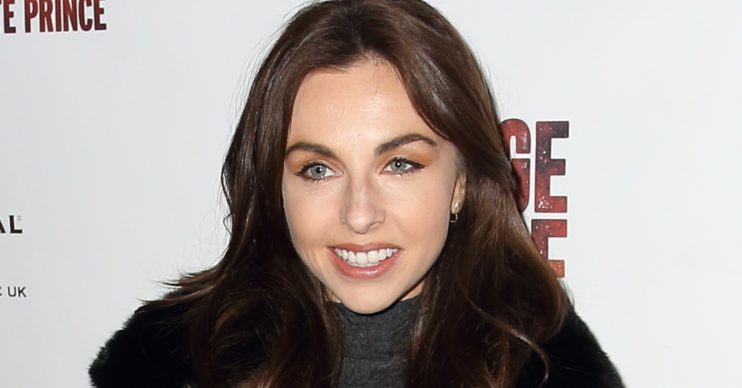 She joked pooch Riley was her 'first born'

The Ruby Allen actress, 32, took to Instagram on Thursday (April 1) while out enjoying a stroll with her beloved pet dog Riley, who she joked was her “first born”.

The photo showed the actress smiling in a floral dress, one hand cradling her growing baby bump, the other holding Riley’s lead.

The BBC soap star wrote alongside it, “First born and unborn” alongside pregnancy, dog and heart emojis.

In the comments, her fans and celeb pals called the picture “cute” and said she was “glowing”.

Actress Natalie Cassidy wrote in caps: “I LOVE THIS.”

Milly Zero, who plays Dotty Cotton on EastEnders, said: OMG! The baby has grown so much! Absolutely glowing.”

One of Louisa’s fans echoed that, commenting: “Looking vibrant and glowing.”

Another told her: “You look beautiful.”

OMG! The baby has grown so much! Absolutely glowing.

“Beautiful picture,” someone else said, adding with a string of heart emojis: “Glowing mama to be.”

Louisa and her partner, Ben Bhanvra, confirmed they are expecting a baby earlier this month.

The actress announced their news in a sweet post to her own mum on Mother’s Day.

She wrote alongside a video: “Dear Mum. If I am a fraction of the mother you are, I know I’ll be the best.

“You have held my hand for 32 years, you have taught me right from wrong, corrected my spelling, and helped me see the light at the end of every single tunnel.

“And now you will guide me to becoming a mummy. (Just try not to move yourself in or Ben might leave.)

“Happy Mother’s Day all, to those that are here, that are not with us in person but with us every moment and to those on a journey. L xx.”

It follows Louisa’s appearance on Loose Women last week (March 24), in which she discussed having to cancel her wedding with fiancé Ben.

She told the panel on the ITV programme: “We have cancelled it. I said let’s stop trying and now officially it could go ahead but it’s too late now, it’s all gone out of the window!”