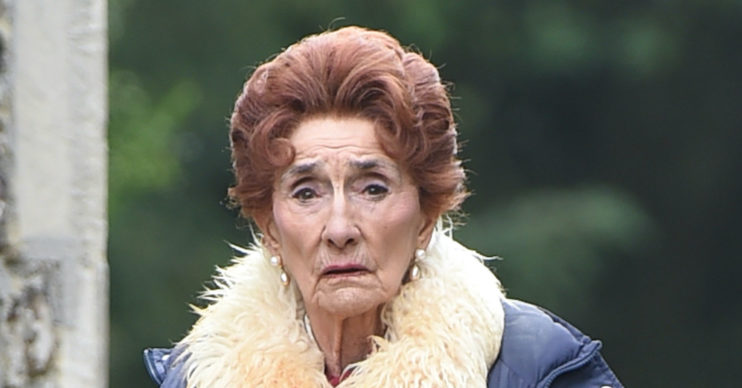 EastEnders star June Brown has hit out at the soap in a letter to a fan.

The actress played Dot Cotton for 35 years in the BBC soap but last year stunned fans by revealing she had quit.

She slammed the soap for its handling of her character and opted not to renew her contract.

And now she’s still disappointed with the treatment of Dot according to a letter a fan received.

What did June Brown say about EastEnders?

Actress June sent the fan signed pictures of herself and other cast with her letter.

The letter posted to Instagram reads: “Dear Alfie, I couldn’t agree with you more about the current EastEnders episodes and I’m very glad you chose to watch the drama channel.

“The reason I left was because I no longer recognised the character they were writing for me so I’m afraid you won’t see me again.”

She added: “They are already mentioning my character in the current episodes so what rubbish they will write about me is anyone’s guess.

Representatives for June did not wish to add further comment when contacted by ED!.

How did she announce she had quit EastEnders?

June revealed she had quit the soap last year in a bombshell interview.

She said on a podcast: “I don’t want a retainer for EastEnders, I’ve left, I’ve left for good.

“I went back to do a good story. Alas and alack, when I got back it had gone up in smoke. I got a small part, a very small part.