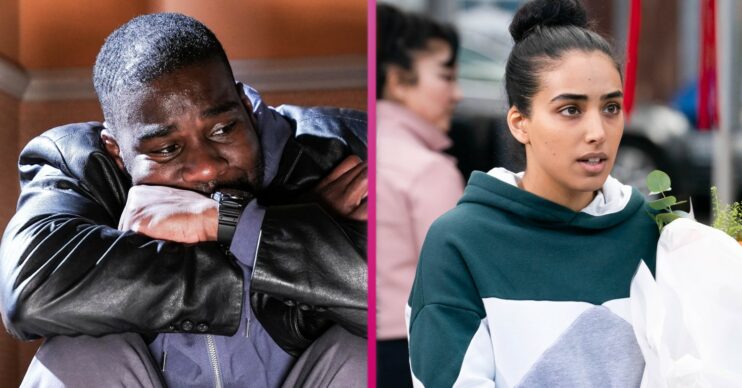 Jean goes to find the children

Meanwhile Patrick tries to help Isaac, and Peter is upset to see Ash with another man.

Ruby and Martin are beside themselves as they wait for the police. Patrick tries to calm Isaac down and eventually gets let in to the house.

Patrick asks him where the children are, promising he won’t let anything bad happen to him.

He manages to coax Isaac outside for a moment, but he gets spooked and runs back inside.

Meanwhile Jean receives a call from Lily and finds her and Arthur in the allotments.

Peter sees Ash with another man

This week Ash was upset when she realised Peter was avoiding her calls. He told Kathy and Bobby that he didn’t want to be around their family.

However Ash was devastated that her boyfriend wasn’t there to support her when she’s been grieving for her brother and broke up with him.

Peter is upset at the turn of events with Ash, but Kathy gives him some hard truths.

He goes to find Ash, but sees her with another man.

Chelsea is living it up at Gray’s when she knocks over a plate that was a gift from Mia to Chantelle.

Gray and the kids return home and Chelsea pretends to be going over her case.

How will Gray react to the plate?

Kat has a plan

Kat comes around to letting Phil take Tommy to the football after hearing about Pearl. She wants to show that Tommy is gifted too.

EastEnders is on tonight on BBC One at 7.30pm. This week’s episodes are available to watch on BBC iPlayer.