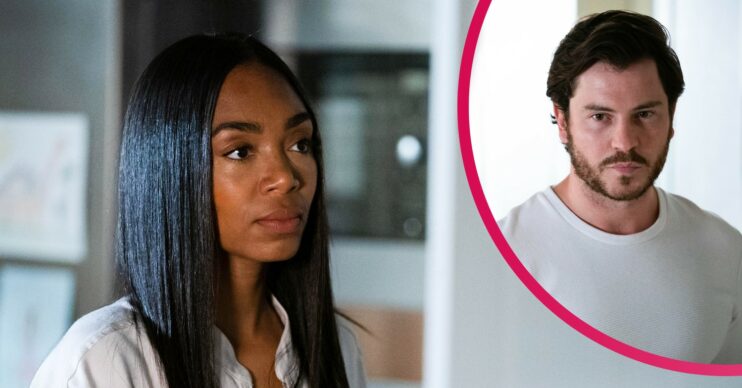 Meanwhile Phil makes it clear that Kim needs to stop digging for information and Harvey makes a comment that stops Ash in her tracks.

Read more: Who is Vincent Hubbard and what really happened to him?

Chelsea is about to confide in Denise, but decides against it when her mum assumes she’s hungover.

Gray comments that he regrets dating Chelsea and Whitney is left feeling conflicted.

Soon Whitney asks to meet with Chelsea, who assumes she wants her blessing date Gray.

Whitney asks Chelsea if she’s pregnant. Will she tell her the truth?

Phil makes it clear that Kim needs to stop digging for information or there could be serious consequences.

She later overhears Jack and Kim’s plan to meet Vince and find out more about him,

Alarmed, Denise pleads with Kim to leave the matter alone and Kim agrees – before swiftly going against her promise telling jack it’s game on.

A nervous Ash is getting through her assessment but is shocked when a patient refuses to be treated by her because she’s not white.

To make matters worse she’s being reported for failing to tell the hospital that her badge went missing.

Exhausted from the day she books a cab. However the driver happens to be Harvey and he berates her for ruining his cab last time and makes a comment that stops Ash in her tracks.