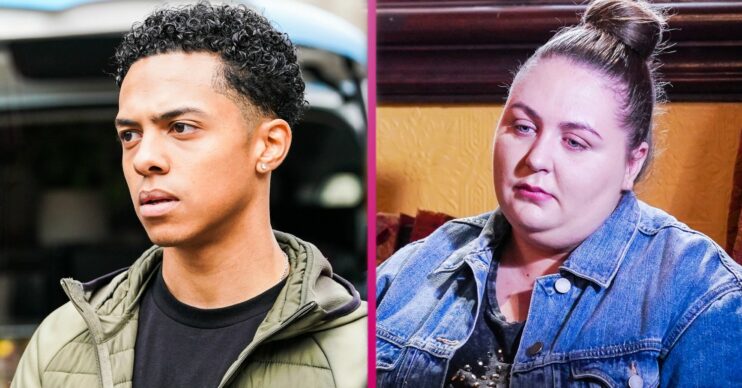 Meanwhile Keegan reveals his plans to leave Walford and Honey stands up to Suki.

Recently Dotty’s mum, Sandy, turned up in Walford looking for her daughter.

Meanwhile, Keegan and Bernie ask Rainie to do a drugs test and she panics. She tells them that she took a sleeping tablet the night before.

Rainie runs into Sandy in a rough state as Bernie watches from afar – it looks like a drug deal is going down.

Soon Keegan joins them and reveals he’s spoken to Keanu who said he could stay with him for a while – he needs to get out of Walford.

Bobby has an idea

Recently Peter fired Martin from his job at the chip shop after he and Zack fried his tablet in batter.

Tonight Bobby and Martin bump into each other at the Minute Mart. Bobby notices Martin’s card is being declined and has an idea.

Honey stands up to Suki

Read more: EastEnders: Who plays Dotty’s mum, Sandy? Is her daughter in danger?

Honey holds her ground when Suki pesters her – she tells her it won’t just be the kiss she’ll tell everyone about, referring to what Suki told her about Jags.

Later Honey tells Billy that she’s going to Miami with Janet instead and Jay offers for Billy to move back in while they’re away.