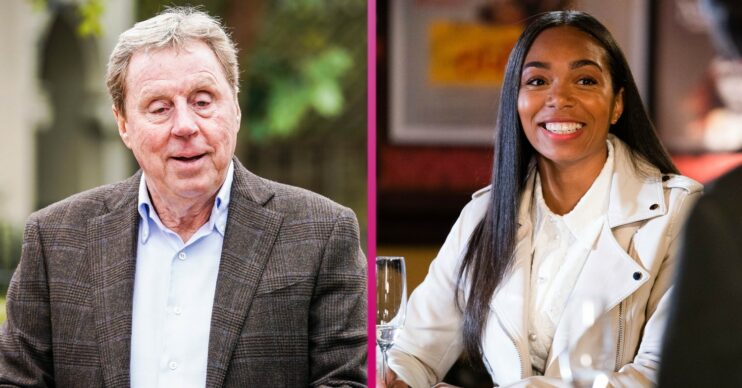 EastEnders spoilers for tonight reveal that Phil has to turn for Ben for help.

In the Vic Callum suggests Ben should apologise to Phil just as Phil storms in with Kat.

Ritchie is too busy to help with his case for Raymond.

With some encouragement, Ben offers to help with a solicitor, but Phil ends up leaving.

Gray ends up letting Phil down, so Phil has no choice but to ask Ben for help.

Ben gives Phil the information and they agree to meet at the pub later for the football.

However Ben soon gets an unexpected call from Pam…

Meanwhile Phil isn’t happy to be left waiting at The Vic.

In the beer garden, Jay tells Billy that Harry Redknapp is making an appearance. He says he’s a friend of Rocky’s, but they don’t believe a word he says.

Sonia arrives asking after Harry in jest. However none of them are buying Rocky’s story.

At Ruby’s, Chelsea tells Gray it’s hard at home with Isaac and she seductively mentions he has a nice, big house.

Enjoying their drinks later, Gray gives her his house key – she’s welcome to stay at his.

Can Bobby win Dana back?

At the restaurant, Bobby is flustered when Dana arrives.

Sonia and her dad arrive and realise Bobby is trying to win Dana back. Rocky encourages him to go for it.

Mick’s prepping for the Euro party as Jack arrives with a lead on Nancy’s case, leaving Frankie nervous.

Read more: Kat Slater in EastEnders: What happened to her? What is Michelle Ryan up to now?

Stuart later tells Jack he wants to call the police on Max, but Jack tries to assure him that Abi is safe.

EastEnders is on tonight on BBC One at 8.35pm. This week’s episodes are available to watch on BBC iPlayer.