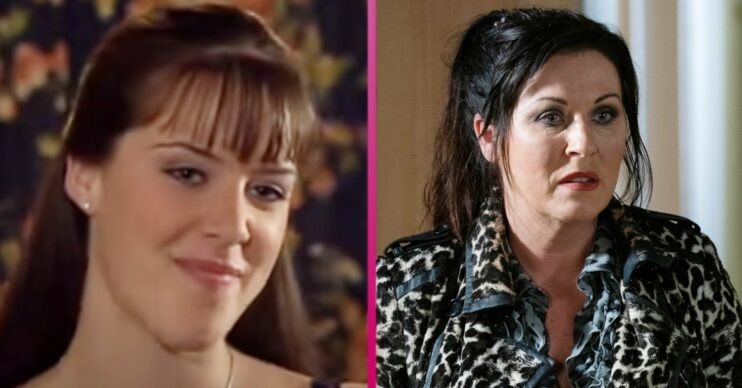 Zoe Slater in EastEnders: What happened to her? What is Michelle Ryan up to now?

EastEnders character Zoe Slater was in the show from 2000 until 2005, but what happened to her?

In tonight’s episode of EastEnders (Thursday, July 8) Kat Slater mentioned her daughter Zoe and how she didn’t know Kat was her mother growing up.

Zoe hasn’t been seen on-screen in 16 years, so what happened to her?

Zoe Slater in EastEnders: Who is she?

Growing up, Zoe believed that Kat was her sister and Kat’s parents Charlie and Viv Slater were also her parents.

However in 2001 Zoe decided to move to Spain with their uncle Harry, but Kat refused to let her go.

When Zoe yelled: “You can’t tell me what to do you ain’t my mother,” Kat responded: “Yes I am.”

It was revealed when Kat fell pregnant at 13 after being raped by her uncle Harry, who is Charlie’s brother.

Zoe went on to be raised by Viv and Charlie. The baby boy, who was named Luke Slater was adopted and named Dermott Dolan.

What happened to Zoe Slater?

In 2005 Zoe was dating Dennis Rickman, however he was in love with his adoptive half-sister Sharon Watts.

Zoe old Dennis that she was pregnant however she feared he would find out that she isn’t and he refused to sleep with her.

Den offered to sleep with Zoe to get her pregnant and then she could claim the baby is Dennis’s.

However Dennis ended up catching them in bed together.

Zoe teamed up with Chrissie Watts and Sam Mitchell to get revenge on Den. While Zoe believed she killed Den, Chrissie was responsible for his death.

Zoe left Walford to go to Ibiza while Chrissie was eventually caught and charged with Den’s murder.

In 2015, Kat revealed Zoe was now living in Spain.

What is Michelle Ryan up to now?

After leaving EastEnders, actress Michelle Ryan continued acting having roles in popular shows including Merlin, Doctor Who and Death in Paradise.

She plays the role Lady Christina De Souza in the Doctor Who spin-off series.

Will Michelle ever return to EastEnders?

Speaking about her time on EastEnders to the Daily Record, she said: “I always saw EastEnders as an apprenticeship. I always wanted to go on and do different things.

“I have some really good friends from that show, but the door is closed.”