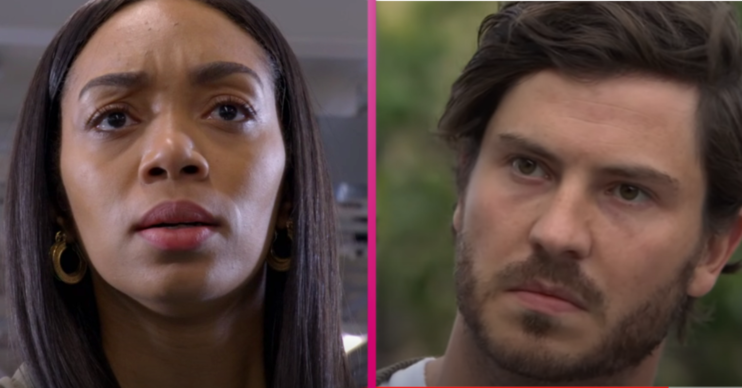 EastEnders SPOILERS: Chelsea given a warning about Gray

EastEnders spoilers reveal Chelsea is given a warning about Gray in upcoming scenes, but will she listen?

In next week’s scenes Chelsea is living it up at Gray’s when she knocks over a plate that was a gift from Mia to Chantelle.

Gray and the kids return home and Chelsea pretends she’s going over her case.

After her hearing, Chelsea has to wear an ankle tag while she’s on bail, but she’s still eager to go to Gray’s work drinks

At Gray’s work function, Chelsea suggests they make the most out of the free drinks and Gray ends up getting drunk.

Soon Gray ends up embarrassing himself in front of his boss Laura.

Later Laura warns Chelsea about Gray – she should run while she can.

The next day a very hungover Gray as overslept and missed a meeting.

Later Gray is on the phone to Laura, she’s not happy with his performance, so Gray takes matter into his own hands. What will he do?

Who has Gray killed?

Last year Gray killed his wife Chantelle. Gray had been abusing Chantelle and she planned to leave him.

However as she stood up to him and tried to leave, he pushed her onto the dishwasher, which had an upwards facing knife inside.

He made Chantelle’s death look like an accident before walking around Albert Square to give himself an alibi.

He later appeared to kill his lodger Tina Carter after she pieced together he killed Chantelle.

Earlier this year Gray was furious when he found out Whitney was leaving for Dubai with her fiancé Kush. He soon pushed Kush in front of a tube.

Will Chelsea listen to Laura’s warning?