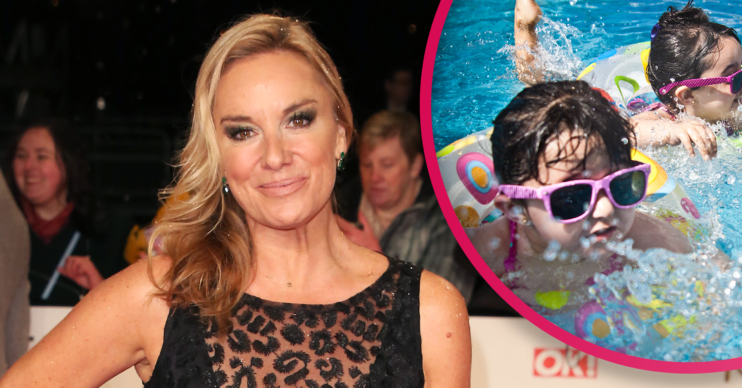 EastEnders legend Tamzin Outhwaite, 50, has been hailed a “hero” after saving three children from drowning at a pool party.

Mum-of-two Tamzin apparently wasted no time as she jumped into the pool fully clothed to rescue the kids.

The “dramatic” rescue took place in early June and other parents at the party have hailed her a “superstar”.

What did ex-EastEnders star Tamzin Outhwaite do at the party?

Tamzin – who played Mel Owen in EastEnders and was Scarecrow on The Masked Dancer – went full-on Pamela Anderson when she saw the three kids, all under 10, struggling in the water.

The Sun reports that she jumped in fully clothed and didn’t even put her mobile phone down before diving in.

Read more: Tamzin Outhwaite admits she’s in love as she extends family with a new puppy

Onlookers said it was “very dramatic” and Tamzin quickly plucked the youngest child to safety before rescuing the remaining two kids.

It’s not known whose party Tamzin was attending.

She is mum to daughters Flora, 12, and Marnie, eight, from her marriage to Lucifer star Tom Ellis.

Tamzin is now loved up with boyfriend Tom Child.

What did onlookers say about the rescue?

One said: “Tamzin is a hero. She leapt into the water without hesitation. It was very dramatic. She reacted so fast that nobody else had even gone into the water by the time they were all safe.”

Read more: Tamzin Outhwaite hints at ’emotional trauma’ and wanting to ‘protect’ her kids from ‘scarring’

They added that a couple of doctors also attending the party then checked the children over.

“There were a couple of doctors at the party who checked the kids were okay and gave them a clean bill of health. But it left many people shaken,” the party-goer added.

A post shared by Tamzin Outhwaite Dr of Arts (@glamzin)

What has Tamzin said about the incident?

The modest actress appears to have said absolutely nothing about her heroics.

One party-goer confirmed that Tamzin “didn’t want a fuss” and said that her down-to-earth attitude is what makes her “so popular” among their friendship group.

They added: “But it doesn’t bear thinking about what might have happened had she not spotted the kids in trouble. Everyone should know just what a true legend she really is.”