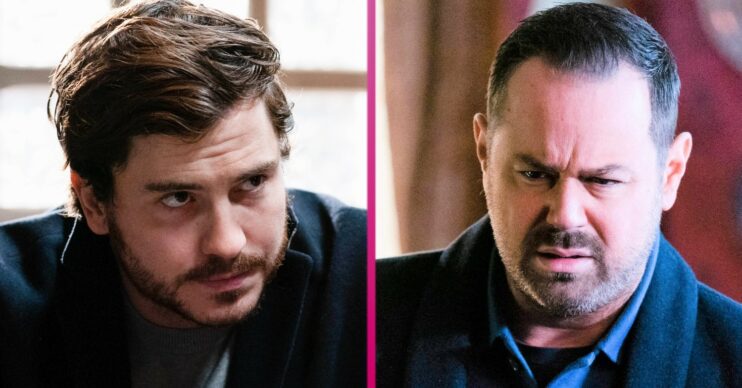 Whitney is horrified to hear about Tina's death

Meanwhile Kheerat returns and Bailey is determined to try and get Mitch and Karen back together.

It’s a big day for Gray and Chelsea as they prepare to bring Jordan home, but Gray’s mind turns elsewhere when DCI Arthurs asks to talk to him about Tina.

At the police station, Gray gives his DNA but questions why he is there, insisting he had nothing to do with Tina’s death.

Realising the police have no evidence, Gray refuses to answer any further questions and leaves.

Meanwhile Frankie and Nancy get ready to leave for France to see Tina’s daughter, Zsa Zsa.

Mick and Shirley rush over to Gray’s house and barge in, adamant to find out what’s going on.

Gray ups the emotion and fakes grief that Tina died, insisting he will help them where he can.

But after learning some new information from Shirley, Gray panics and he plans his escape.

Meanwhile Chelsea is concerned over the idea of Jordan coming home with Gray but at the hospital, Gray is no show leaving her and Denise confused.

Whitney shares her suspicions with Mick

At the café Janine can’t help but let slip to Sonia and Whitney about Tina leaving them both heartbroken.

It doesn’t take Whitney long to put the pieces together. Soon a shaken Whitney reveals to Mick that she thinks Gray killed Tina.

Rocky goes to Harvey for help

Read more: Baffled EastEnders fans all asking the same thing as Gray wakes from his coma

Feeling like a spare part at The Vic, Rocky tells the Carters he’ll give them some space and turns to Harvey for help with somewhere to stay.

With Kheerat still on the run, Suki tries to postpone the meeting with Ranveer but fails to do so.

Vinny begs her to let him help and after some encouragement from Dotty, Suki reluctantly agrees.

However Ranveer is less than impressed and things turn sour when he demands to speak to Kheerat.

Much to their surprise, Kheerat arrives in the nick of time.

Bailey is on a mission

Bailey wants one last shot at proving to Mitch and Karen how perfect they are for each other.

She enlists Keegan help in recreating their first date.

After some encouragement from Keegan, they agree to go along with it.

Will you be watching tonight’s EastEnders? Leave us a comment on our Facebook page @EntertainmentDailyFix and let us know what you think