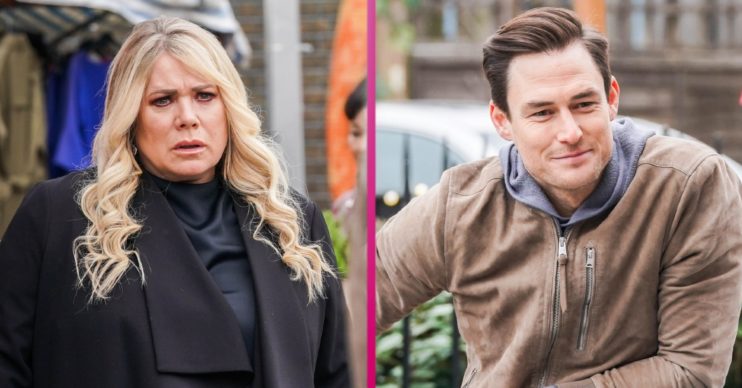 Jean has an idea

EastEnders spoilers reveal Sharon gets some shocking news from her long-lost brother Zack.

In next week’s scenes Sharon is feeling daunted about her new venture and Jean and Mo arrive at the gym to clean it.

Later at the Minute Mart Sharon and Kheerat agree to meet for a drink. Sharon soon chastises Jean and Mo’s cleaning job before Jean takes her frustrations out on a delivery van.

As the driver gets out, Jean climbs in. The driver soon threatens to call the police but soon Jean takes the van for a drive.

Mo is horrified when Jean crashes the van. Will she be okay?

Later Mo does her best to try and talk Jean round. Sharon tells the police to back off and talks Jean down.

Meanwhile Kheerat waits for Sharon in The Vic…

Jean explains her fears for her family and when Sharon mentions her new found brother, Jean is left with an idea.

Later at The Vic, Sharon was too late for her sort-of-date with Kheerat and Jean reminds her to cherish her family.

She goes to tell Sharon that she might of overstepped the mark. But before she has the chance to explain, they hear a car pull up and when they step outside, they see Zack.

Despite Sharon telling him to leave, Zack buys her breakfast when Kheerat interrupts. As Sharon tries to make amends with Kheerat, Zack takes her keys.

Later, Sharon finds Zack looking through her bedroom. He soon tells her that Gavin left them both something in his will.

They bond as they swap stories and Sharon asks her brother to stay. But she’s gutted when he leaves anyway.