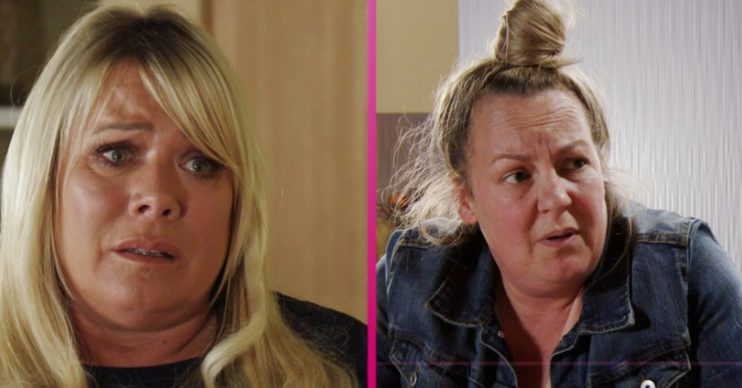 Sharon has been isolating with her baby

EastEnders has revealed Sharon has made a huge decision about her son Kayden.

The BBC soap will return to screens on Monday September 7 after a few months off air. And in the lead up to it’s return, the soap has been sharing updates on characters through Instagram stories.

In a story shared today (Thursday, September 3) it has been revealed Sharon made the decision to change her son’s name.

The Instagram story read: “After much too-ing and fro-ing, she decided to change her son’s name to Albie.

“Spent time bonding with Albie and making The Vic her home again.

“Loving her cushty setup, oblivious to the secrets Ian is harbouring.”

Fans know Sharon struggled to bond with Albie when he was first born.

Sharon gave birth to her youngest son on the same day her eldest son, Dennis, died in the Thames boat crash.

After finding out what happened to Dennis, Sharon struggled to look after Albie and left him in the care of his paternal grandmother, Karen.

As Sharon failed to name her baby, Karen named him Kayden, which is the middle name of her son Keegan.

How will Karen feel when she finds out Kayden is now called Albie?

EastEnders: Sharon finds out the truth about the boat crash

It looks like throughout lockdown, Sharon has remained oblivious to the part Ian played in Dennis’s death.

But spoilers for next week’s episodes reveal Dotty, who found out the truth months ago, finally decides to tell Sharon the truth.

Sharon is in disbelief and Ian desperately tries to defend himself. Who will Sharon believe?

Fans know Ian locked Dennis in a room on the boat just before it crashed. He discovered Dennis had been bullying his son Bobby and planned to take him to the police station when they docked.

But a fight between Phil, Ben and Keanu caused the boat to crash. Realising Dennis was trapped, Ian tried to save him and got him out of the room.

However, a surge of water caused Dennis to drown. How will Sharon react when she finds out the truth?