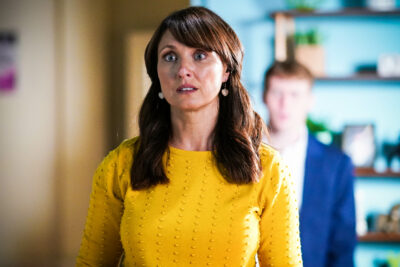 Honey is apprehensive about her enforced evening shifts at the Minute Mart.

She begs Suki for time off but she says no.

Honey bites back saying this is all about the kiss.

Devastated, Honey tells Jay and Billy she can’t go to Miami with Janet, but Jay is suspicious of Suki. 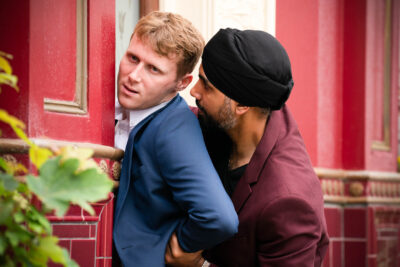 Kheerat senses something is up with his mum.

Jay tells Kheerat but he’s adamant Jay is lying about his mum and slams him against the wall. 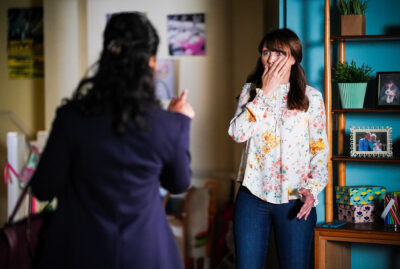 Kheerat confronts Honey for lying about Suki and she says she isn’t lying but he doesn’t believe her.

Suki goes to see Honey and Honey tells her she has nothing to be ashamed of.

However Suki slaps her before threatening her. 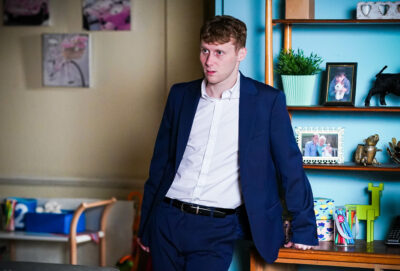 Honey holds her ground when Suki pesters her.

It won’t just be the kiss she’ll tell everyone about – referring to what Suki told her about Jags. 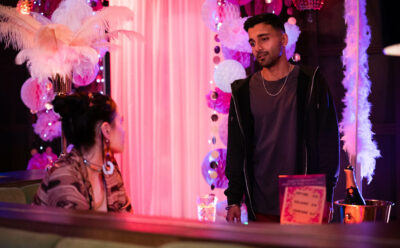 Dotty is stressed about the relaunch event at Ruby’s and she needs a DJ.

Rocky assures her he has a plan to get money and asks Vinny to DJ, but he says no.

When Sonia chases up Dotty for bill payment, Vinny takes pity and helps out after all.

However he makes it clear that nothing has changed between them. 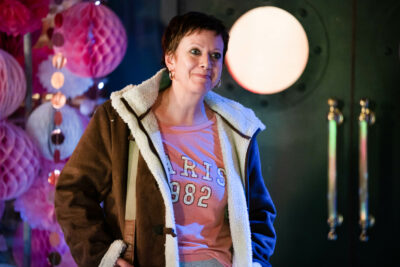 Rocky gets VIP invites for himself and Sonia to Dotty’s noughties club event by reminding her she should try to impress Sonia.

Things take a turn when a drunk woman appears and Rocky’s face drops at the sight of her.

Outside Sonia finds the woman, who asks for Kirsty, and the penny drops.

She interrupts Dotty and the drunk woman reveals she’s Dotty’s mum Sandy, but she hurls abuse at her daughter. 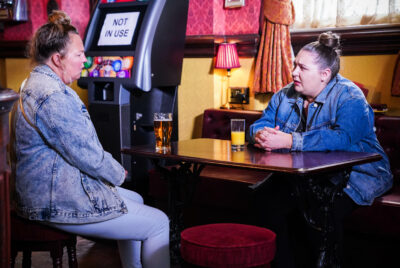 Dotty invites Sandy for a chat later and Rocky insists that she’ll blow their cover.

Meanwhile Keegan and Bernie ask Rainie to do a drugs test but she panics, telling them she took a sleeping tablet.

Rainie runs into Sandy and, as Bernie watches from afar, it looks like a drug deal. 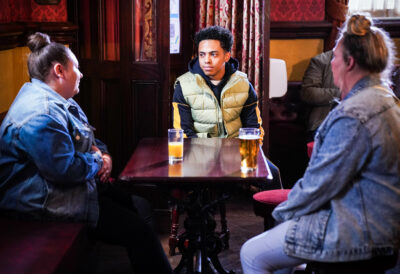 After begging Tiff not to take half of his stall, Keegan tells his family he’s spoken to Keanu.

He says Keanu has told him he could stay with him for a while.

Keegan says he needs to get out of Walford.

Bernie gives Keegan food for thought asking if he should be leaving if he’s so worried about Tiff.

8. Zack gets back at Peter 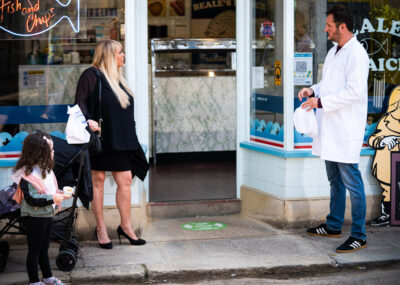 Nancy suggests to Martin that he ask Peter for his stall back.

However Peter tells him it’s the chippy or nothing, so he accepts.

Later Martin vents to Nancy when he gets a call from Peter asking him to do another shift, ruining his plans with Hope.

Sharon offers Martin some words of wisdom saying he’s doing what he has to to support his family. 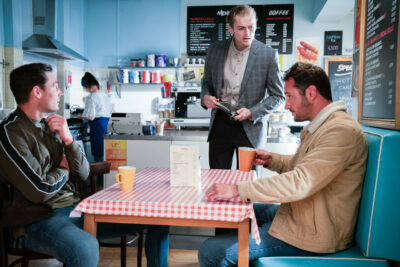 Read more: Who is Thomas Cotton in EastEnders and why is he pretending to be Sonia’s dad?

Martin vents about Peter when he suddenly appears.

Later Peter finds his tablet has been battered at the chippy.

He points the finger at Martin and Zack.