Linda gets an unexpected birthday present

EastEnders spoilers for next week reveal Stuart and Rainie make a decision about their surrogate.

Meanwhile Linda hears from Max and Phil makes a decision about Raymond.

1. Bernie puts herself in danger? 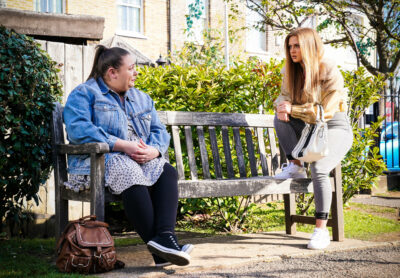 Bernie tells Tiff that the pills aren’t working fast enough and asks her to get stronger ones, but Tiff refuses.

Vi tells Stuart and Rainie that they need a distraction from Abi and encourages them to make a decision on the surrogacy.

When Bernie hears they’ll be making their decision the next day, she begs Tiff for the pills.

2. Rainie and Stuart made a decision 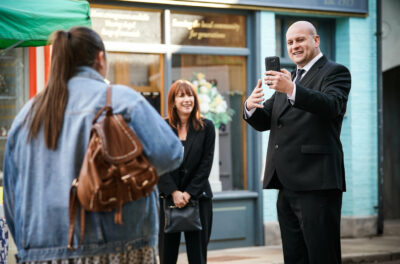 Vi and Rainie join Bernie at her weight loss group.

She’s convinced she’s blown her chance when she doesn’t lose as much weight as she hoped.

Rainie and Stuart ask Bernie to be their surrogate. They’re delighted and can do the insemination as soon as this week. 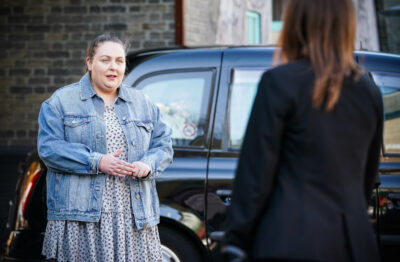 Rainie, Stuart and Bernie head to their insemination appointment and are less than pleased when Vi insists on joining.

Afterwards Rainie gives Bernie her first instalment, but it’s less than they agreed.

Bernie tells Tiff what happened and she demands Bernie get the full amount agreed.

Rainie admits she hired a private investigator to find Max. 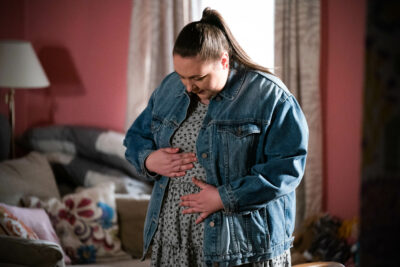 She sees how the money means to the Taylors as she watches Bernie hand over her first instalment. 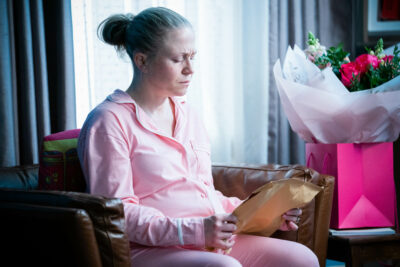 On Linda’s birthday, she’s surprised to get a present from Max.

Frankie suggests a party and Linda declines, but Frankie goes ahead inviting Sonia and her dad, but not Kathy.

Meanwhile Mick and Linda agree it’s too risky to tell Rainie that Max sent a present from Croatia. 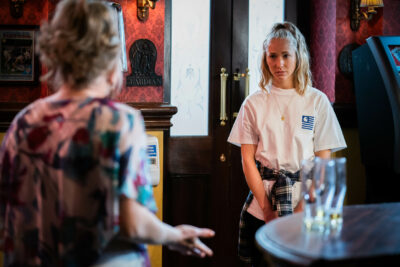 When Mick and Linda return home they’re horrified to find Frankie has thrown two parties in one.

This draws in unwanted attention to her pregnancy.

Shirley and Rocky share a laugh but he’s smitten when Kathy arrives.

As Jack arrives, Mick and Linda tell him what they’ve found.

4. Nancy encourages Linda to tell Shirley and Frankie the truth 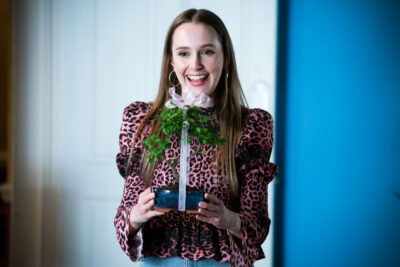 Linda tells Frankie she isn’t happy about the surprise party.

Nancy tells her mum that she owes Frankie an apology – she thinks it’s time that Shirley and Frankie know Max is the baby’s father.

However Linda refuses to tell them the truth. 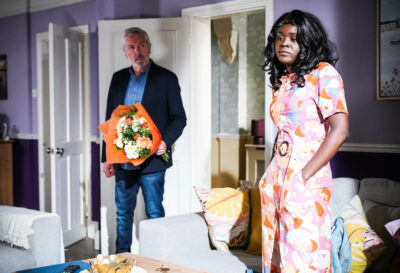 Rocky has an idea to bring Mila and Iqra back together. He gathers them in the Square after nicking their phones. 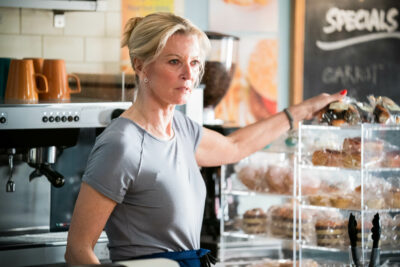 Kathy explains that Iqra chose to stay and help Mila rather than see Habiba and the baby.

Mila apologises to Iqra. They soon agree to move in together.

6. Phil makes a decision about Raymond 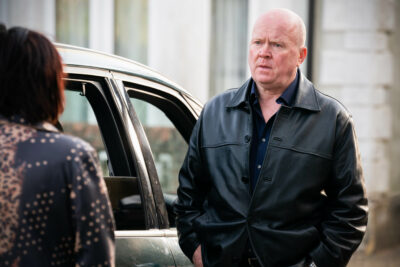 In the café Phil sees Raymond and Denise and invites them to the opening of the cab company and laundrette.

Kat interviews Mitch for a role as a cabbie and he gets the job.

Later, after calming down, Phil decides he wants to tell Raymond that he’s his dad, leaving Kat stunned.