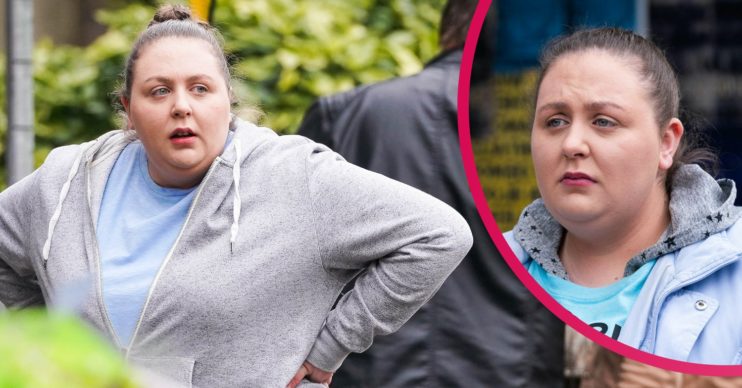 Who is Bernadette Taylor in EastEnders and why is she so desperate to be a surrogate mother?

It looks like she's got some tough times ahead, no matter what she decides

Bernadette Taylor in EastEnders is the daughter of Karen Taylor.

She’s the sister of Keegan Baker and Chantelle Baker, as well as Keanu Taylor, and the twins Chatham and Riley Taylor.

Bernie – whose full name is Bernadette Rihanna – was pregnant when she first arrived in the Square in 2017, when she was aged just 14.

Though she was scared about being a teen mum, Bernie’s family were supportive and she began to get excited about the new arrival.

She was devastated when she began having stomach cramps and lost her baby girl.

Who plays Bernadette Taylor in EastEnders?

Bernie is played by actress Clair Norris. At 23, she’s a bit older than her alter-ego, and lives with her boyfriend Lewis.

She wows her followers with her glamorous photographs that show her real-life look to be far removed from downtrodden Bernie!

Bernie is Clair’s first television role. What a way to kick off a successful acting career!

What happened when Bernadette Taylor came out?

After she had recovered from losing her baby, Bernie realised she was developing feelings for her best friend Tiffany.

The pair shared a few kisses, before Tiff admitted she didn’t feel the same way.

Things got a bit more complicated when Tiffany set up a fake online dating profile in an attempt to boost her mate’s esteem.

But the mates got through it, and they’re now devoted sisters-in-law.

Since then, Bernie’s embraced her sexuality and is now in the early stages of a romance with new girlfriend Molly.

Why does Bernadette want to become a surrogate in EastEnders?

The Taylor/Baker family have been struggling recently. Since Chantelle’s death, they’ve been at rock bottom and now things are tough financially too.

Bernie’s been working hard in the Panesars’ call centre, but things are tight and they’re in desperate straits.

So seeing an opportunity, Bernie offered to be a surrogate for Rainie and Stuart Highway.

Bernie’s not yet revealed her plan to mum Karen or the rest of her family. Though she admitted her money-making scheme to new girlfriend Molly, who was unimpressed at the family-focused young woman’s ideas.

But Bernie is determined to do this for her mum and the rest of the Taylor/Bakers.

Will it all work out for Bernie?

So far Rainie is undecided about whether Bernie is the right person to be their surrogate. She has told Bernie that it’s not a good idea more than once, but each time determined Ms Taylor has talked her into it again.

Most recently, their plans hit a snag when Bernie was told her weight might be an issue. She begged Rainie to give her a chance to shed some pounds and Rainie – reluctantly – agreed.

But will Bernie manage to get fit in time, and will Rainie and Stuart agree to her being their surrogate? Or is she about to make the biggest mistake of her life?