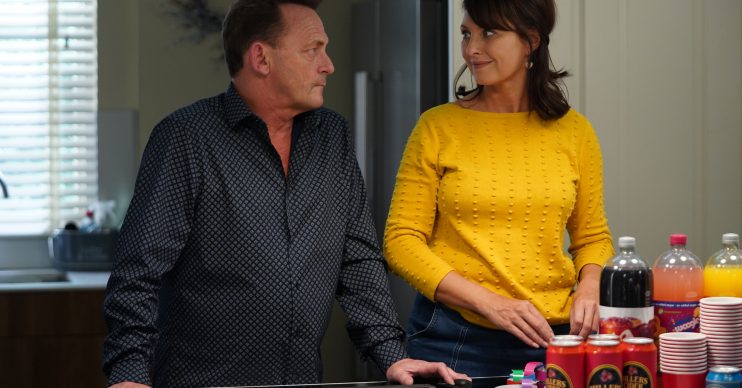 Is there a reunion on the cards?

It looks like New Year could get off to an exciting start for Billy and Honey in EastEnders when the pair share a kiss at a party. But will it lead to a reunion for the former Mr and Mrs Mitchell?

After months of being subjected to his secrets and lies, Honey found the courage to stand up for herself and tell Adam that she (quite rightly!) deserved better.

But before Honey got rid of the two-timing dentist, Billy had been pining after his ex for months, just waiting for her to realise that Adam was no good.

However, just as luck would have it, after months of being single there seems to be a spark between Billy and Karen Taylor… so does this mean Honey has missed the boat with Billy?

As the residents of Walford get ready for New Year, Karen has realised she is going to have Chantelle and Gray’s house to herself while they are away on honeymoon after renewing their vows.

Karen sees this as a massive green light for throwing the best party Walford has ever seen, and sets about getting her guest list ready.

But as Karen’s bash gets into full swing, Honey isn’t in the mood for partying, still broken-hearted after throwing Adam out.

But of course, Billy knows her better than anyone and realises that she’s not herself and checks she is okay.

Honey is grateful that someone is looking out for her, especially as it is something that Adam never used to do, and it seems her old feelings for Billy are reignited because she is soon leaning in for a kiss.

But after months of dreaming about this moment, will Billy respond to her advances?

Or has he already moved on and left his hopes of reigniting his romance with Honey behind?