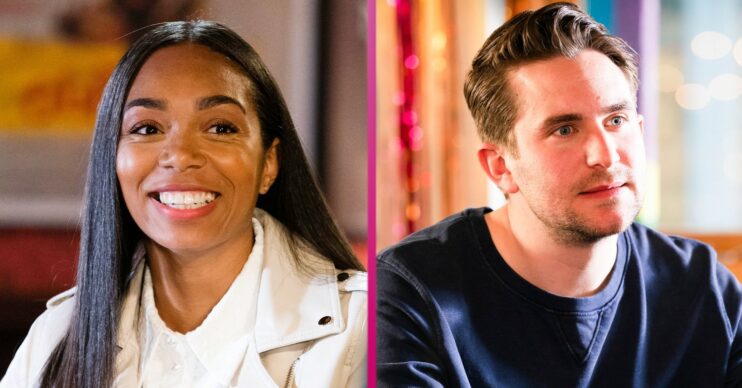 The Olympics will be happening this summer

EastEnders has issued another schedule update as another sporting event takes over the TV this summer.

Th BBC soap will continue to premiere on BBC iPlayer during the Tokyo 2020 Olympics.

Continuing through the BBC’s summer of sport, EastEnders viewers can get their fix of episodes as they continue to premiere on iPlayer.

Since the start of Euro 2020, the full weeks episodes of EastEnders have dropped on iPlayer every Monday.

EastEnders will continue to box set episodes on BBC iPlayer. All four episodes dropping weekly on Monday’s until the end of the Tokyo 2020 Olympics.

This gives the audience the choice to watch the show on iPlayer or broadcast TV. Viewers will be able to drop into Albert Square whenever they want.

Since the popular soap returned to out screens in September 2020, it’s been streamed over 226 million times on BBC iPlayer and remains one of BBC iPlayer’s most popular shows.

Speaking about the decision EastEnders Executive Producer Jon Sen said: “We’re so glad that the audience has enjoyed getting ahead of the game.

We’re so glad that the audience has enjoyed getting ahead of the game.

“Keeping up with Albert Square on iPlayer whilst enjoying the Euros, so we’re carrying on releasing the week’s episodes on Monday throughout Toyko 2020.”

“There’s enough happening in Walford this summer to keep everyone on the edge of their seats and we’re thrilled audiences won’t need to miss out on anything – starting with the match this Saturday.”

All of this week’s episodes of EastEnders are available on BBC iPlayer. Next week’s will be available from Monday (July 5).

Have you been watching EastEnders on BBC iPlayer? Head to our Facebook page @EntertainmentDailyFix and tell us if you’ll be tuning in.