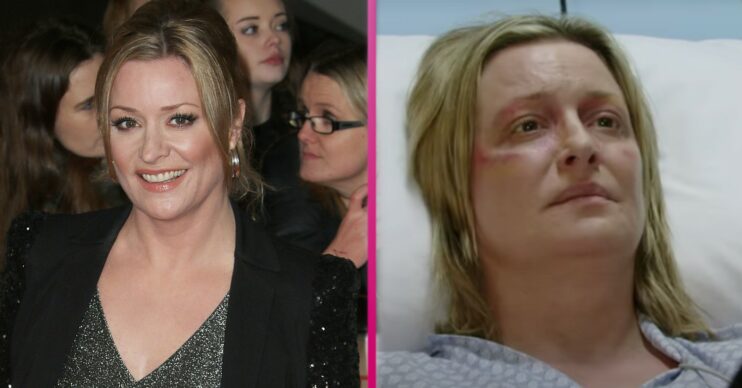 EastEnders star Laurie Brett has dropped a hint that her character Jane Beale could make a return.

Her character was forced to leave Walford in 2017 during Max Branning’s revenge plot.

Gethin said: “Jane Beale can go back to EastEnders, they didn’t kill you off!”

Laurie responded saying: “I can neither confirm or deny, no, no! Well you know, she’s not dead, so she could come back.

“I’ve never felt that Jane’s story was over and she had so many links to so many different people on the square. If she did go back, it would cause absolute mayhem.

“But you know it depends on whether the producers think it’s a good time for Jane to be on the show.

“It’s a lot about the dynamic of the show as well as the characters within it and who people interact with, there’s a time and a place for every character, I think.

“Apart from you know the Ian Beale, but I’m sure Ian Beale is with Jane as we speak! Where else would he be?”

Currently actor Adam Woodyatt is taking a break from EastEnders, meaning his character Ian is off-screen.

He left after his wife Sharon discovered his part in the death of her son Dennis.

Ian discovered Sharon was trying to poison him and later left Walford. Could he really be with Jane now?

Morning Live airs weekdays, 9:15am on BBC One and iPlayer.