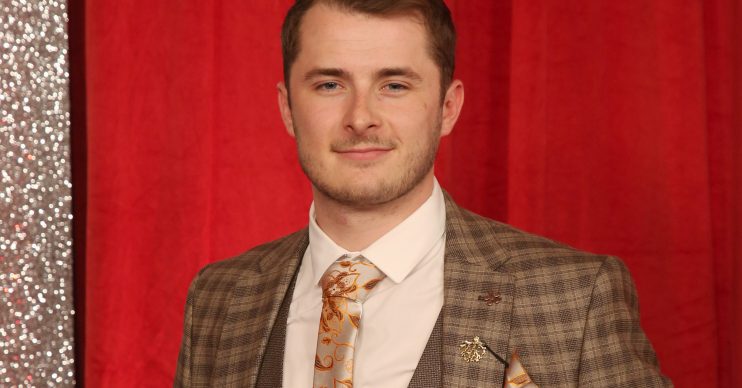 The Ben Mitchell actor isn't happy the builders woke him up

EastEnders star Max Bowden has blasted builders for waking him up during the lockdown.

Taking to Twitter, Max ranted: “So weve just gone into lockdown, I am peacefully sleeping trying not to have palpitations in light of the current state of the country…. AND THE BUILDERS ARE BACK ROUND THE NEIGHBOURS DRILLING. DURING LOCKDOWN!?!? ESSENTIAL!?!?!?! (sic)”

So weve just gone into lockdown, I am peacefully sleeping trying not to have palpitations in light of the current state of the country…. AND THE BUILDERS ARE BACK ROUND THE NEIGHBOURS DRILLING. DURING LOCKDOWN!?!? ESSENTIAL!?!?!?!

Max’s followers seemed to agree, with one hoping he managed to get back to sleep.

They replied: “Aw Max, there’s just no telling some people! Hope they stop soon and you can go back too your peaceful sleep. Stay safe.”

The UK on lockdown

On Monday (March 23), Johnson said people should only travel to work if it’s essential, and only go outside to buy food or medicine, to help an elderly or vulnerable person or for one daily bit of exercise.

Despite the 25-year-old star’s complaints, the government has since confirmed builders are amongst those who can still go to work, provided they stay at least two metres apart.

Last week, ITV bosses suspended filming on EastEnders due to the pandemic as they looked to protect the cast and crew from the respiratory illness which is claiming lives across the UK and the world.

They will now ration the eight weeks’ worth of instalments they have filmed in advance. Two episodes each week will screen instead of four so the show can stay on air.

Read more: EastEnders first look: All the changes to next week’s episodes

The BBC released a statement which read: “In light of the spread of COVID-19, after much consideration, it has been decided that filming on EastEnders will be postponed until further notice.

“The decision was made after the latest government update.

“We will continue to follow the latest news and advice from the World Health Organisation and Public Health England.

“We have also taken the decision to reduce the amount of episodes we broadcast each week to two.”

The next episode of EastEnders airs on Monday, March 30 on BBC One