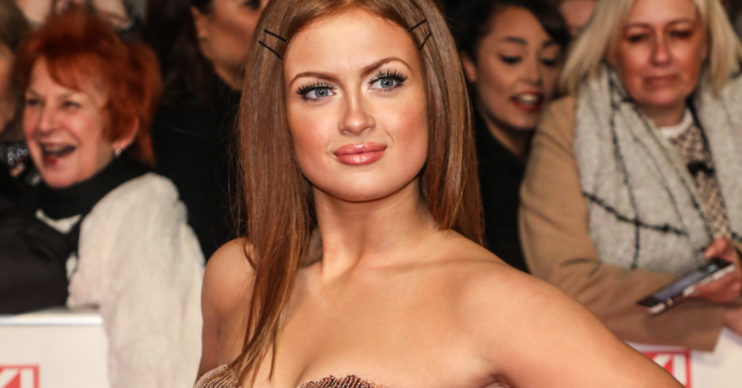 It was an emotional scene

EastEnders star Maisie Smith made co-star Lorraine Stanley break down in tears for real at work.

Karen Taylor actress Lorraine has revealed how Maisie’s moving performance brought on real tears for her.

“Sometimes I cry for real in scenes,” she said to Inside Soap.

“I did one with Maisie recently, and it was when Karen was saying, ‘Look after my boy when I go away’, and she gives Tiff Shaki’s trainers.

“It’s a really emotional scene, and we were genuinely crying actually, as it was very moving.

“I just thought Maisie was brilliant in it, and it takes a sort of actor who can work with you like that and actually make you cry. Beautiful.”

However, Lorraine may have more emotional scenes to come.

Especially when Karen’s daughter Chantelle opens up about being abused by husband Gray.

But some fans are even convinced Chantelle will be murdered by the abusive solicitor.

Will Chantelle be murdered in EastEnders?

One fan wrote: “I wonder if they’re going to use lockdown as a plot point for the Chantelle and Gray story?”

But a second said on Walford Web: “More convinced Chantelle is a goner! The actress got new headshots and we all know what that means… Lorraine Stanley is saying Karen has a dark storyline coming up.

“I don’t see Chantelle leaving Gray and him just going to prison or coming back for some revenge plot which sees him die as it’s all been done before.”

But another added: “Imagine if the first episode back starts with a funeral procession (like Footballers Wives Season three) where we spot characters one by one and rule them out, until eventually we see a shot of the coffin being taken out of the hearse with a ‘Chantelle’ flower arrangement on it.”

During the coronavirus lockdown, police revealed they are started to see a rise in domestic abuse cases.

However you can visit the NHS website if you are suffering domestic abuse and need help or advice.