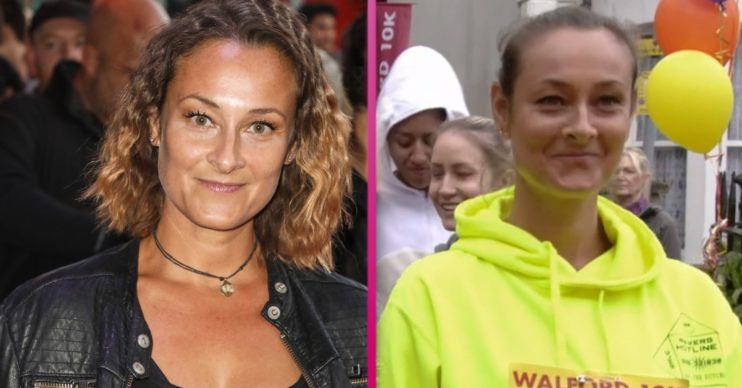 Luisa joined the soap cast in 2013

EastEnders star Luisa Bradshaw-White, who plays Tina Carter, has announced she is leaving the BBC soap.

In an Instagram story, Luisa wrote: “Finally the time has come to say goodbye to my EastEnders family. I am leaving EE at the end of the year.

She continued: After seven awesome years, it’s time for me to move on and get excited about other projects.

“I have had the most amazing time on EE and will miss the cast and crew so much. But I am also completely excited about the new adventures that await me.

“It’s been an amazing ride. Being part of the 30th anniversary, the live eps, the Carter family, working every day with my best friends.

“Thank you to all the awesome and loyal fans for your support and love for Tina. I have appreciated it so much.

“Keep watching, there is lots more drama to come.”

Whilst Luisa hasn’t said what Tina’s exit storyline is, viewers know a huge storyline has just started with the Carters.

It was recently revealed Tina’s nephew Mick, who she grew up with, was sexually abused as a child.

Tina recently discovered her new work colleague Frankie is the daughter of Katy Lewis, a carer who helped look after Tina and Mick when they were in care.

Frankie had already figured out Mick was her dad. However she was disgusted when she learnt that Mick was only 12 when he fathered her and realised her mum had abused him.

She later quit her job at The Prince Albert. However Tina has no idea that Mick is the father of Frankie.

Are you sad that Tina will be leaving? Leave us a comment on our Facebook page @EntertainmentDailyFix and let us know what you think of this story.