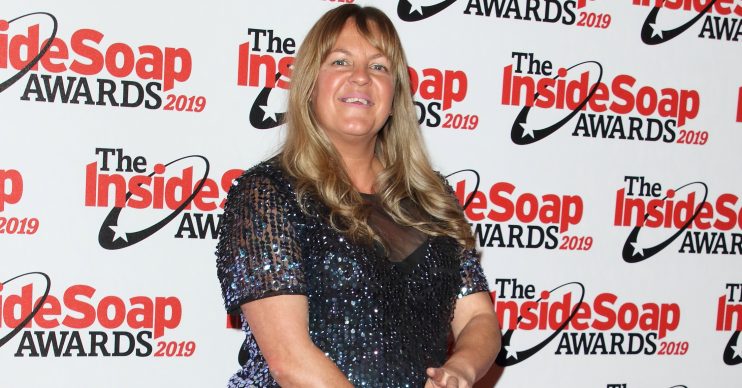 Lorraine Stanley, who plays Karen Taylor in EastEnders, has wished her partner a happy anniversary with a brilliant Instagram picture.

Sharing the snap of Mark Perez in a swimming cap and wrapped in a towel, she joked he was “a sort”.

Captioning the picture, she wrote: “What a sort in that cap!! Happy 6th year anniversary baby, life is so much better with you, I love you to bits. Thank you for being you.”

What a sort in that cap!! 😜 Happy 6th year anniversary baby,life is so much better with you,I love you to bits ❤️❤️❤️❤️❤️Thankyou for being you xxxxxxxxxxx @markyp1977

Fans rushed to congratulate the pair on the milestone, with one commenting: “Mark’s never looked better!”

The couple, along with their daughter, Nancy, are currently enjoying a sunshine break to Lanzarote.

Earlier this week, Lorraine shared a picture of Mark and Nancy walking along a pier.

“Good times with these two beauts… nothing else matters! #lanzarote #family,” she wrote alongside the image.

On-screen, Lorraine’s alter ego Karen is having a tough time. She has been worried sick about her son, Keanu, since Christmas Day when he disappeared.

Keanu has fathered children with both Louise Mitchell and her stepmother Sharon, and when Phil found out about Sharon, he went nuts.

Martin Fowler was tasked with shooting Keanu dead, but a flashback episode on New Year’s Day revealed he and Linda Carter, who had stumbled upon the scene, had set it up so it looked like Keanu was dead, but actually they helped him escape.

With Karen desperate for answers over the whereabouts of her son, she confronted Phil last night (Thursday January 2) and was dragged away by Martin.

Martin later revealed Keanu was still alive and Karen collapsed into his arms, sobbing with relief.

Fans praised her performance in the episode, saying she was one of the best actresses in the soap.

Lorraine has often shared images that show she is very close with her EastEnders family.

She recently shared a video of the Taylor/Baker clan singing and dancing at a cast dinner.