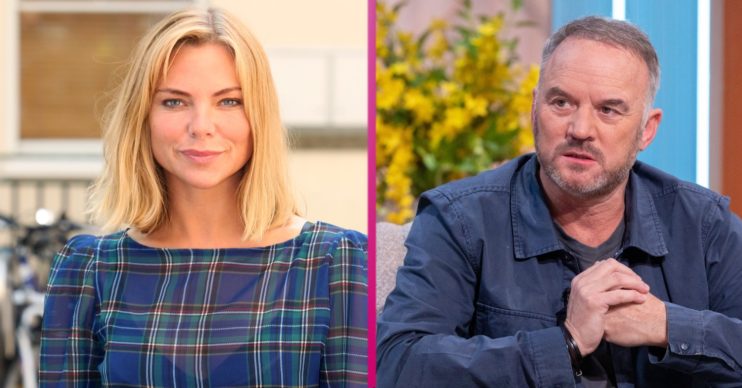 Samantha and Mark have two children together

EastEnders legend Samantha Womack, who played Ronnie Mitchell, has confirmed she has split from her husband, Mark Womack.

The former soap actress revealed to OK! Magazine that she and Mark, who played DI Malone in Emmerdale, have been separated for a while but are still happily living together.

Samantha and Mark are still living in their Bedfordshire home with their children, 19-year-old Benjamin and 15-year-old Lili Rose.

Speaking to the publication, Samantha said: “Our family home is big enough and we’re co-existing happily. There’s no rush to change things. But now feels like the right time to be honest and admit we’re no longer together.

But despite the two splitting romantically, Samantha insists she still ‘loves Mark deeply’ and wants him to be happy.

She added: “It would be naive to say that moving on has been easy for us both. It’s not an easy route but we’ve always been honest with each other about everything. I want to be best friends with anyone Mark dates because I love him deeply and want him to be happy.”

But Sam revealed that the couple actually made the decision to end their marriage two years ago and since splitting, they have both dated other people.

However the character met a grisly end last week when he was shot by Dawn Taylor.

Covering their tracks, Dawn and her ‘stepmum’ Harriet, who had been having an affair with Malone, disposed of the body. However with the police now investigating Malone’s disappearance, could they be in trouble?

Meanwhile, Sam famously played Ronnie in BBC soap EastEnders on and off from 2007 until 2017. Her character was also killed off, alongside Ronnie’s sister Roxy.

She has since gone on to appear in Silent Witness and the play The Girl On The Train.