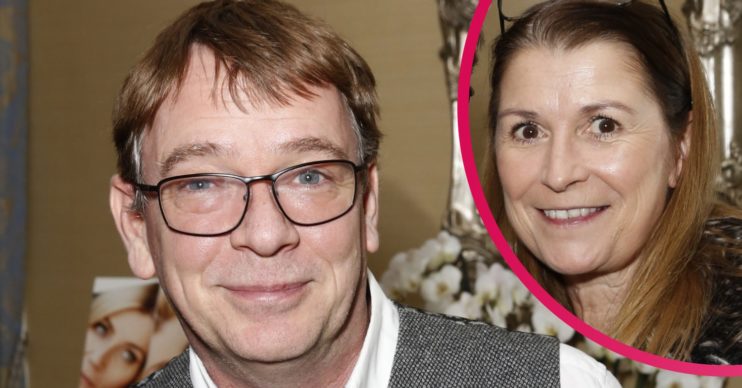 EastEnders fave Adam Woodyatt has split from his wife, Beverley, after 22 years of marriage.

The soap star, who has played the role of Ian Beale since 1985, tied the knot with Beverley Sharp in 1998.

Why have Adam Woodyatt and his wife split up?

A spokesperson has now confirmed that they have ended their marriage, having separated in August last year.

They revealed: “Beverley and Adam separated in August last year and we ask that the family’s privacy is respected.”

Their pals reportedly think the divorce is a “straightforward separation” as they will remain close friends for the sake of their grown-up children.

Speaking to The Sun, a source claimed: “Beverley was naturally very upset, as anybody would be in the circumstances, but these things happen and it’s a straightforward separation.

“Nobody plans for these things and divorce is a difficult thing to get your head around but they have dealt with it quietly for several months and are now telling friends so it’s less of a secret.”

Speaking further, the insider said Adam and Beverley “still get on well”.

They continued: “[The former couple] are keen to make sure they stay that way for the sake of their children – even though they are now grown up.”

It follows reports that Adam will take an extended breaking from filming for the BBC soap.

He won’t be on screens for around 10 weeks, once EastEnders returns following a break because of the coronavirus pandemic.

An insider said: “Writers are staying tight-lipped about what happens, so it’s not known yet what the future will hold for the character.

“There are no guarantees and anything can happen in Albert Square.