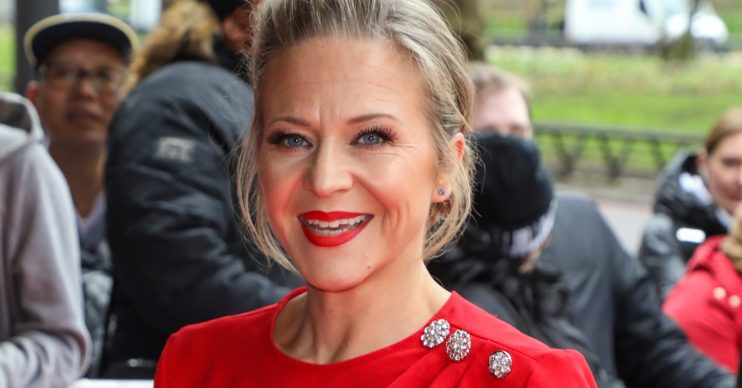 Linda's storyline has had a touching effect in the real world

The actress plays recovering alcoholic Linda in the soap and viewers have watched her descent into her battle with the booze over the last few months.

But now, Kellie has revealed the storyline has had an extraordinary effect on some viewers – with one 11-year-old boy especially getting help with being trapped in an alcoholic home.

The 43-year-old actress told the Sunday Mirror: “Someone at work recently told me about her godson who had been removed from his family home because his mother is an alcoholic.

“He is only about 11 or something but since he has been removed, he has not spoken at all. But I was told he has been watching the show and he has actually started to talk again. She told me that story with tears in her eyes.

“This is the impact that the storyline has had. I do believe the soap has the incredible ability to reach millions and millions of people on a level that perhaps others don’t.”

Unfortunately for viewers, they will be unable to watch Linda’s recovery from the booze at the normal pace after the BBC shut down production on the soap over the coronavirus pandemic.

On Wednesday (March 18), bosses at the serial drama revealed they’d been forced to cancel filming for the time being in reaction to the deadly COVID-19.

The statement read: “In light of the spread of COVID-19, after much consideration, it has been decided that filming on EastEnders will be postponed until further notice.

The statement continued: “Please note our episodes will now air on Mondays at 8pm and Tuesdays at 7:30pm with immediate effect.”

This decision will keep the soap on air for longer as the shut down continues – but if production doesn’t resume then they will go off air in the summer for an indeterminate length of time.