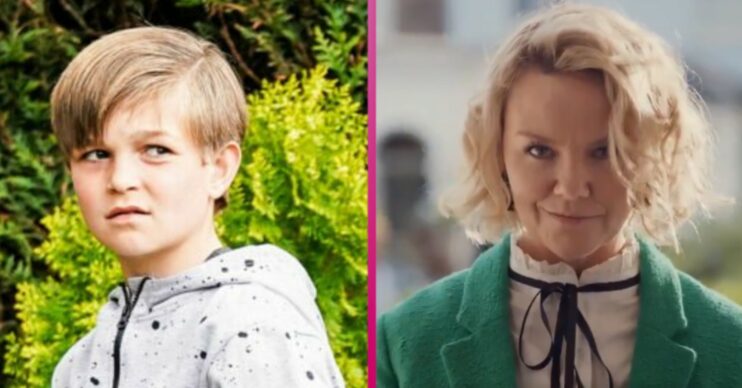 Tommy Moon is being groomed and fans think it's Janine

The soap villain will soon make her comeback – and fans think it has already begun with promising footballer Tommy being contacted online by a mystery woman.

Next week he will go missing as he goes to meet the woman in question – and fans think they know who it is.

And they think Janine has an evil plan for him – with him being her daughter Scarlett’s brother.

One said: “I’m very here for Janine’s #EastEnders return storyline. That is, if it’s what I think it is. Grooming Tommy Moon because his sister/her daughter Scarlett Moon is needing a vital organ?”

A second said: “I think the woman has to be Janine luring Tommy away to help Scarlett get cured.”

A third said: “Tommy’s been on the laptop chatting to Janine or Scarlett I think #EastEnders.”

It was revealed earlier this year that Janine would be returning.

The character was last seen in 2014 leaving to go to Paris.

Executive producer Jon Sen spoke about Janine’s return, saying: “Janine is one of EastEnders most iconic characters who is loved, and often despised, in equal measure by viewers and all those in Walford.

Teasing a notable plot for Janine, he continued: “We have lots of drama in store for Janine. In fact it may be wise for some of the residents of Walford to invest in some slip on shoes…”

It has also been reported in The Sun that Janine’s daughter Scarlett Moon will be played by Tabitha Byron.

According to the Metro, neighbours who live close to the set were left shocked by the stunt.

A source told the publication: “When we bought our house, we had no idea how close we are to the EastEnders set!

“I heard a lot of sirens and thought something was going on but then realised it was coming from the [nearby] EastEnders set.

“There were ambulances and fire engines and a lot of smoke. It was definitely not an emergency, they were filming something.”