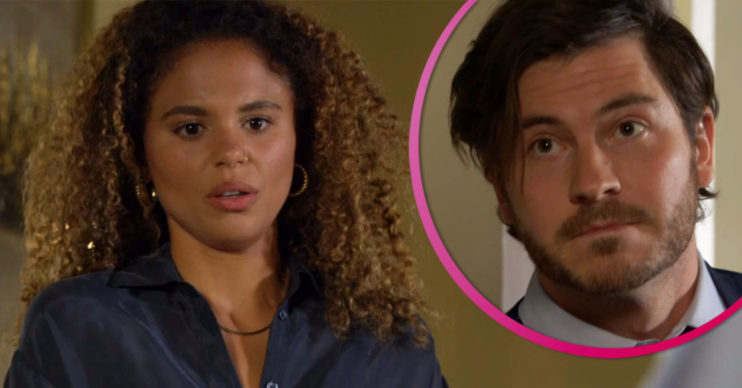 Hairdresser Chantelle has hatched a plan to get out her toxic marriage and flee with her children in the BBC soap.

But fans are struggling to watch as she tries to escape – knowing that the plot will end in her murder.

In last night’s episode Chantelle was thwarted in her first escape attempt – but quickly hatched a new plan.

Later, Kheerat turned up on her doorstep and gave her renewed hope.

He checked whether she was OK and then gave her a touching gesture so she knew he would always be there for her.

“I want you to know that you’re not on your own,” he told her.

“Whatever’s going on, you’ve got me. I don’t need to know any details.

“We both know there’s something going on between us and I care too much to just stand by. I want you to take this poker chip. And any time you want to cash it in – you give it back.”

And when she asked what she would get if she did – he simply replied: “Me.”

Chantelle looked to have hope for the first time in a long time and she seemed set on escaping Gray’s abuse.

However, viewers had pits in their stomachs knowing what is coming next.

One said: “That scene where Kheerat gives Chantelle the lucky poker chip and then the slight look of hope on her face….it’s just heartbreaking knowing what’s coming next week #EastEnders.”

A second said: “Knowing Chantelle is going to die on EastEnders makes me feel sick every time I watch it now.”

A third said: “I know it happens in real life but I can’t watch Gray and Chantelle in EastEnders, makes me feel sick.”

The BBC announced earlier this week how Chantelle’s story would end in her being murdered by Gray.

Jessica Plummer, who plays Chantelle, says: “It’s been such a privilege to play Chantelle and to be able to tell her story.

“Sadly what she goes through is all too common and her death is a reminder of the devastating effect of domestic abuse.

“I’ve known it wasn’t going to end well for Chantelle for a while now. And although it was a shock to find out her fate, far too many men and women suffer in silence.

“I am so grateful to all the team and my lovely cast members for being so supportive, I’ll miss Albert Square!”

If you, or someone you care about, is experiencing domestic abuse, you can phone The National Domestic Abuse Helpline on 0808 2000 247 to discuss your options.

A range of digital resources are available at refuge.org.uk and nationaldahelpline.org.uk.