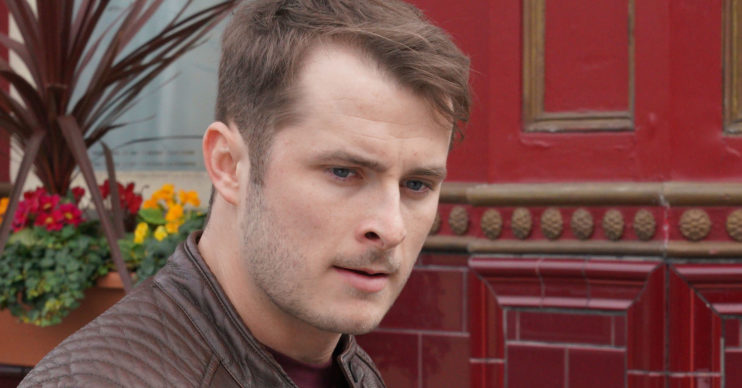 Will he be permanently deaf?

EastEnders fans were left heartbroken for Ben Mitchell after Danny fired a gun near his good ear, causing him to completely lose his hearing.

Ben, who was already partially deaf, ended up losing more of his hearing in the boat accident back in February. This accident left him in need of an operation.

How did Ben completely lose his hearing?

In last night’s episode (Monday, June 1), Ben and Phil planned to do a job for dodgy Danny Hardcastle. However, as Phil ran through the plans with his son, Ben struggled to hear.

Fed up, Phil told his son he couldn’t do his job. After an altercation with Lola, the young businessman went out to get drunk. But as Phil left Albert Square with Danny, Ben noticed that a van was following them.

Ben took Gray’s car from the Arches and headed to the warehouse after swapping the plates.

When he got to the warehouse, he discovered Danny planned to set Phil up for murder.

Danny then turned his attention on Ben and began to torment him. Danny then pushed the young businessman onto a chair and said: “This your good ear…? Is it? Can you hear me?”

When Ben yelled back “no”, Danny fired the gun right next to his ear causing him to be in excruciating pain.

Eventually Phil and Ben managed to escape the warehouse with the money from the job. But as the father and son drove away, Ben began to hear a static-like sound before completely losing his hearing, leaving fans heartbroken.

@MaxBowden OMG what a fantastic episode . I have a few deaf friends and didn’t realise the struggles they face . Was heartbroken for poor Ben at the end as he seems to have lost the little hearing he had . Well done all at #EastEnders

Ben with the gun 😢😦 #EastEnders

Well #EastEnders that was very mean to fire the gun by Ben's ear !

So will Ben now be deaf in both ears? Danny fired the gun right next to his good ear #EastEnders

I think Ben’s going to hide the seriousness of his hearing loss 👂 from everyone. Callum will find out! It’s going to break him! 😭 Hope they can stay together through all this! I can’t cope with Callum’s reaction when he finds out tho. 😭 #Ballum #EastEnders @bbceastenders pic.twitter.com/VHQBrAUfm9

What’s next for Ben?

In tonight’s episode (Tuesday, June 2) Callum is worried about Ben and confides in Sharon about dating a Mitchell.

But he’s left frustrated when she tells him to turn a blind eye to his dodgy dealings.

EastEnders has not revealed if it will be permanent damage, but the soap has confirmed that the storyline will play out for some time.

Viewers have already been introduced to new character, Frankie, played by deaf actress Rose Ayling-Ellis, as part of an exploration of the experiences of deaf people.

There’s tension for Phil and Sharon in next week’s episodes.

Ian arranges a memorial for Dennis and Sharon is touched. But it’s Phil’s speech when he arrives at the last minute that leaves everyone in tears.

However later there is tension between Sharon and Phil as they argue over their future.

Can they get through this together?