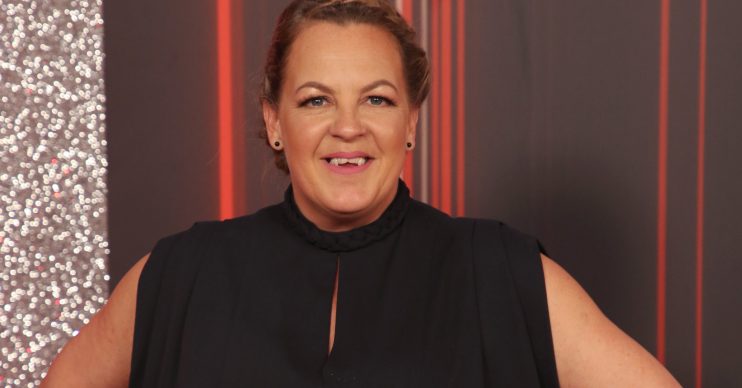 Lorraine did performing arts at college

EastEnders actress Lorraine Stanley, who plays Karen Taylor, has shared a throwback from her college days, revealing she went to college with a soap co-star.

AND that she had very curly hair!

She captioned the post: “Throwback to end of college drinks in 1994? 18 years old @southdowns_college studying performing arts with my bestie @louiseaappelpt and the gorgeous @theemmabarton. Time flys! x.”

A third added: “You haven’t changed a bit.”

Currently Emma’s character is off screen after deciding to go away in order to get help for her eating disorder.

Before she left, Honey and Karen had some screen time together as Karen began dating Billy, Honey’s ex-husband.

Studying performing arts with my bestie @louiseaappelpt and the gorgeous @theemmabarton.

As Billy and Karen began their relationship, Billy expressed his concerns for Honey, noticing she wasn’t eating properly.

Although Honey tried to deny she had a problem, she eventually realised her daughter Janet was starting to copy her eating habits.

Honey finally realised she needed help. She decided to leave Albert Square in order to get the help she needed, leaving Janet and Will with Billy.

Currently Karen is stuck in a difficult situation.

As Sharon struggled with the death of her eldest son Dennis, Sharon decided to leave her newborn son Kayden with his paternal grandmother, Karen.

However Ian told Karen she needs to move away with the baby, so Sharon doesn’t have to see him. The businessman even threatened to put Kayden in care if Karen doesn’t leave Albert Square.

Although Karen has been looking at properties and planning to leave Walford, neither the soap or Lorraine has announced if she is leaving.

Do you think Karen will end up leaving?