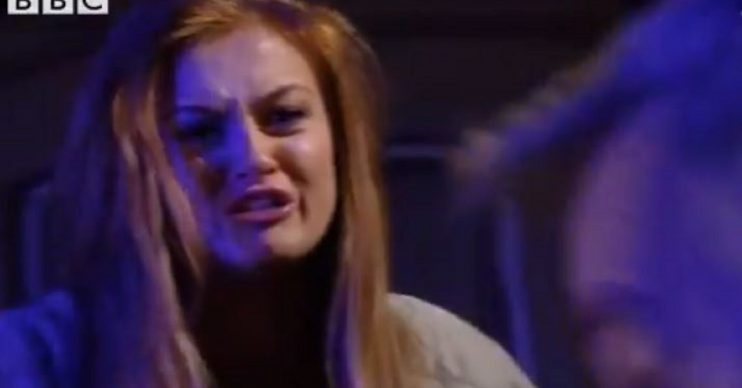 More high drama in the Square

Fans of EastEnders are desperate for tomorrow night’s episode after seeing the latest trailer.

With the whole country in isolation due to the lockdown, we’re all in need of something exciting in our lives.

And judging by a trailer released by the BBC on Twitter, it looks like we’re going to get it in this coming week’s episodes of EastEnders.

In the short clip, we see Keegan getting into trouble with the law, and Whitney facing an unexpected (and no doubt unwanted) blast from the past.

And the video has got fans of the long-running soap chomping at the bit, with many taking to Twitter to share their excitement.

The trailer, shared on Saturday afternoon, is captioned: “Arrests, accusations and antics. Lots going on in Albert Square. Next week. Monday and Tuesday.”

And they certainly look like emotion-packed episodes. In one clip, we see Keegan pinned to the ground by police as a tearful Tiffany protests his innocence.

In another, Whitney comes face to face with Michaela, the mother of her stalker Leo, whom she accidentally killed.

The video has been watched well over 26,000 times, and fans of the show clearly can’t wait for the action to start.

And a third fan chipped in: “This is looking exciting.”

The coronavirus outbreak and subsequent lockdown has prompted EastEnders bosses to reduce the number of episodes shown each week to just two – one on Monday and one on Tuesday.

This is to spread out the episodes that have already been recorded, until it’s safe for the cast to start filming again.

Of course, because these episodes were filmed a little while ago, the scenes of people gathering together are going to look a bit outdated in this social-distancing era.

For example, in another scene from the new trailer, Kush is seen taking a group photo of three familiar faces looking very different to how we normally see them.

We’ll leave you to find out for yourself who we’re talking about.