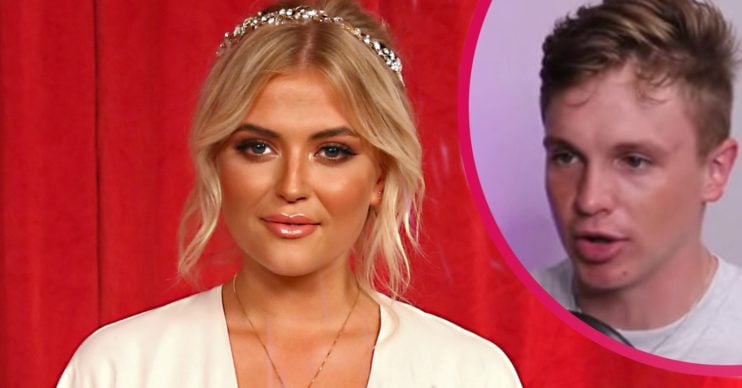 Lucy Fallon has just split up with her long-term boyfriend Tom Leach ahead of new TV show Don’t Rock the Boat.

And apparently her new co-star has already set his sights on her. At least, that’s what his fans reckon.

What did Joe Weller say?

Eagle-eyed fans spotted that Joe has spoken about fancying someone on set.

During his interview on the YouTube podcast Wafflin’ Joe made the confession.

He said: “There’s someone I fancy on the show.

“There is someone that I fancy, from the group, that I’m doing this TV show with. We’re away for three weeks, and you know. We’ll see what happens.”

Fans rushed to the video’s comments to suggest that this special someone could be Lucy Fallon.

Another viewer reiterated: “Joe definitely is talking about that lass from Coronation Street who looks like Maeve Wiley.”

A further user replied: “Yeah, she played Bethany. Is saw her in his car on his story.”

And yet another posted: “The show he’s going on is a new show called Don’t Rock The Boat and if you look at the cast I think the girl he’s talking about might be Lucy Fallon from Corrie. Done some digging here lads.”

Why did Lucy Fallon break-up with her ex?

Lucy and ex-boyfriend Tom apparently called it quits after struggling during lockdown.

A source told The Sun: “She and Tom have called it quits and are no longer together. They spent lockdown together but it gave them time to evaluate what they want.

“They decided taking time apart was the best idea and they have gone their separate ways.”

Don’t Rock The Boat is an upcoming endurance reality series on ITV.

12 celebrities will compete across two teams to row across the circumference of the British Isles.

A source told The Mirror Lucy sees this role as a huge adventure: “Lucy thought it sounded like the adventure of a lifetime. It’s been described as a mix of I’m a Celebrity and SAS: Who Dares Wins… only harder.”

This will be Lucy’s first major TV role since quitting Coronation Street as Bethany Platt.