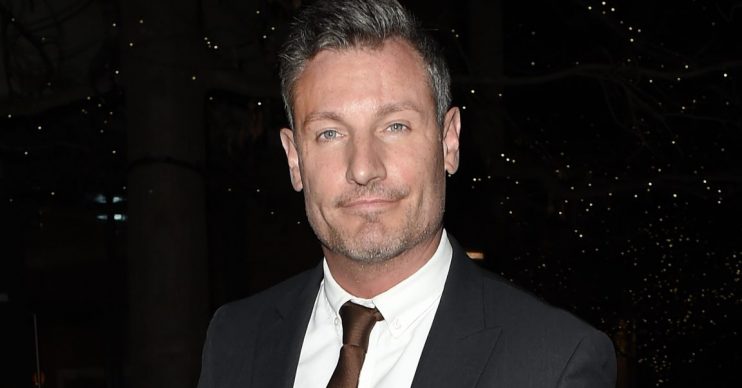 The star would like to return to the soap one day

Former EastEnders star Dean Gaffney has opened up about the events that led to him being axed from the soap last year.

The iconic soap actor, 42, was let go from the BBC show last October after a report in the Daily Star claimed he’d begged a stranger to send him inappropriate pictures via a string of Facebook messages.

In a new interview with The Sun, he claimed that his dismissal was “harsh” but admitted that he had hit “self-destruct” at the time of the firing.

Speaking to the paper, he said: “I have a self-destruct button and people can’t understand why I press it. I have no idea why I pressed it.”

However, he continued to say that the door may be open for him to return as his beloved character Robbie Jackson eventually.

He explained: “They were saying they loved me and wanted me to come back and they wished it wasn’t happening – but it is happening and they need to deal with it.”

The father-of-two said he has taken on their advice and understands why they made the tough decision.

He added: “I did think it was harsh, but then I understand they had to act on it.”

Splitting up from his girlfriend of three years, Rebekah Ward, around the same time of his firing, he now seems ready to reenter the dating world.

He is set to return to our screens this month, as he has signed up for the latest series of Celebs Go Dating on E4.

Speaking to the Daily Mirror, Dean explained that he hopes viewers will get to know the real him on the show and see that he’s trying to curb his past party boy ways.

He told the paper: “It’s harder when you’re older. I don’t want to be in a club these days, it’s about a good bottle of wine and a nice meal now.”

However, his stunning twin daughters, 22, had one request when he signed up for the often cringe-worthy dating show.

Birthday meal with my Dolly’s. ❤️❤️

“They were the first people I asked before I signed up to do the show,” he revealed. “They were like, ‘Dad, just don’t embarrass us’.”

Dean will be joining the likes of Love Island’s Amy Hart, This Morning’s Alison Hammond and Malique Thompson-Dwyer. We see them put through their paces as they are sent on a series of dates and given feedback from a panel of dating experts.

Celebs Go Dating returns to E4 on February 24 at 9pm.