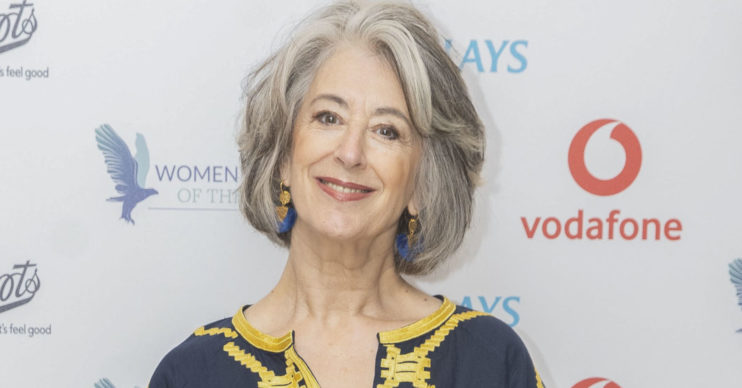 The soap is planning its return to filming carefully

Coronation Street will not return to six episodes a week, Maureen Lipman has said.

The actress, 74, plays battleaxe Evelyn Plummer in the ITV soap and has given fans an update on the behind the scenes planning for the soap’s return to filming.

It was revealed earlier this week that the soap would resume filming in June.

But Maureen has now confirmed that because of the ongoing pandemic and steps necessary to keep cast and crew safe, that the soap won’t return to its full amount of episodes for a long time.

Speaking on The Jewish News podcast, she said: “They’re going to have less storyline, they’re going to concentrate on a narrower panel of actors so it will be a bit like it is now with the domestic abuse story – you’ll see less people each week.

“And there will be less episodes per week.

“And one camera crew will work on one story and another another and never they will meet. How they’ll do the make-up I don’t know, long garden shears I suppose.

“They’re planning to start again in June but I don’t know if they’ll bring the oldies back.”

She went on to joke: “I had a word with the producer last week online and I said: ‘Don’t ditch the oldies because the oldies are what Corrie is about.

“They said: ‘Oh no, we’ve no intention of doing that’, so I said: ‘why don’t you just let me and Roy [Cropper] sit in a garden somewhere and have a conversation about Donald Trump’s hair.'”

Will Corrie run out of episodes?

ITV previously confirmed that Coronation Street has enough episodes to last until the end of June.

Unlike Emmerdale which will run out later this month and EastEnders, which will take a break in June, Corrie may not go off the air at all.

If filming resumes in June as expected then it’s likely it will air continuously at its current reduced episode count.

There are single episodes on Monday, Wednesday and Fridays at 7.30pm on ITV.