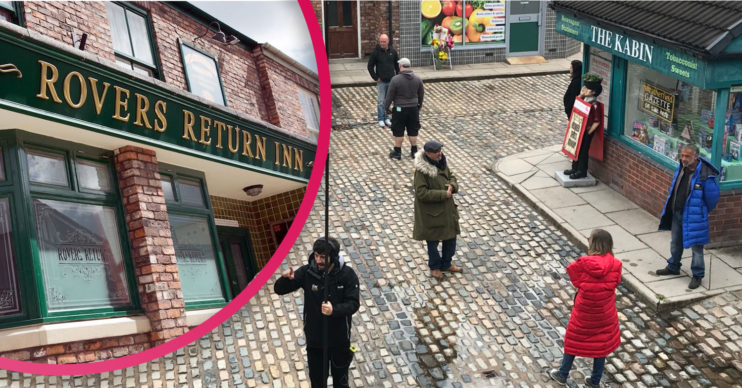 The Coronation Street cast and crew could be moved into a hotel together if lockdown rules are tightened in Manchester.

The soap has been back filming since June with strict social distancing to ensure it can continue.

But with a spike in coronavirus cases in Manchester, the Government has introduced a local lockdown.

And bosses are said to be considering what to do if the rules are tightened further.

A show source told The Sun: “With the current rules and the strict behaviour of cast and crew on set, they’re fine as they are.

“But if the rules are tightened the bosses have discussed putting up cast and crew if they are living in affected areas.

“They’re hoping it won’t come to it as they’re behaving impeccably on set, but there are contingency plans just in case.”

A major incident was declared, with £100 fines for anyone found flouting the rules.

The rules also apply to parts of Lancashire and West Yorkshire.

Corrie will NOT be affected by new lockdown rules – so far

However, ITV says it has not been warned of any tightening of restrictions.

Bosses insist the soap is sticking to filming guidelines that should avoid them having to be moved into a hotel.

They are all social distancing, have twice-a-day temperature testing and are split into cohorts to avoid cross contamination in case anyone does fall ill.

A Corrie spokeswoman said their current rules would stand for now.

She said: “The new lockdown restrictions in Greater Manchester don’t affect the workplace.

“We have measures in place that are working well and we will not have to change how we are filming.

“We continue to maintain our health and safety protocols to ensure everyone can work safely.”

When will Coronation Street return to six episodes a week?

It comes as ITV announced the soap will be back airing six episodes each week from next month.