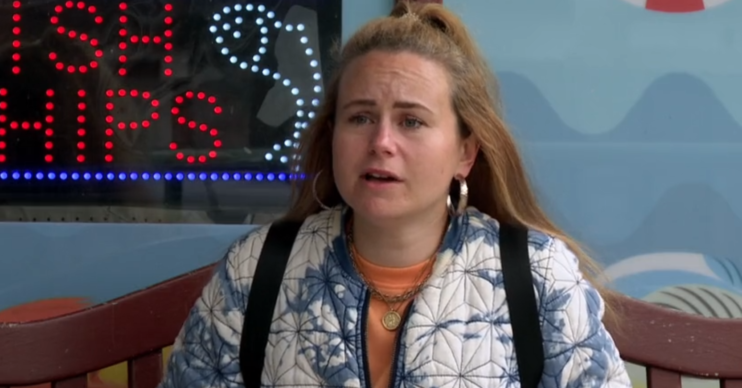 Coronation Street viewers were left in hysterics as they spotted a ‘penis’ on the fish and chip shop sign.

In Monday’s episode (August 3) Gemma sat outside the famous chip shop For Your Fries Only chatting to Abi Franklin.

In an earlier scene Gemma had made some unthoughtful remarks about being separated from her kids, not thinking about how Abi’s kids were going to live in Australia with their adopted parents.

But she attempted to make things right with her friend by joining her outside the chippy to cheer her up.

And behind Gemma, the shop sign could be seen hanging in the window.

However, viewers pointed out the outline of the fish looked somewhat like a penis.

A large one please, go easy on the chips 🙂

For Your Fries Only is owned by Dev Alahan, who bought the business in 2017. It was previously called Wong’s Chip Shop.

While Gemma managed to sort her issues with Abi, it looks like there could be more drama coming up for her.

Next week, she continues with her vlog, which she started to help her talk about her postnatal depression.

But Gemma checks her vlog page and sees she has a message from a user called VAN87. Despite Chesney’s word of warning, she agrees to video chat.

Gemma makes the calls and is surprised to discover VAN87 is bully Vanessa from baby senses classes. Will Gemma give her another chance?

Later Gemma tells Cathy about her video call with Vanessa and what a tough time she’s going through.

Despite everyone warning Gemma to tread carefully, she agrees to meet with Vanessa. Will she forgive her for all the nasty things she did?

Did you notice the fish and chip shop sign? Leave us a comment on our Facebook page @EntertainmentDailyFix and let us know what you think of this story.