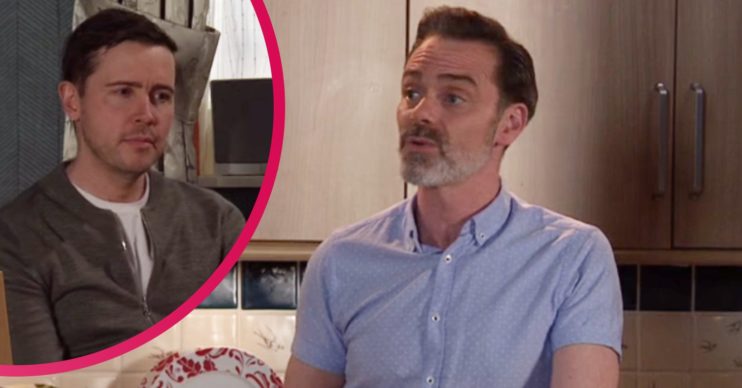 Todd's scheming won't get him his happy ending

In Coronation Street, Todd Grimshaw is set for heartbreak and will lose everything after scheming to win back Billy Mayhew.

ITV viewers watched as Todd successfully split Billy up from ex Paul – and ruined their relationship without anyone working out what he was doing.

And this week, he pretended to be leaving Weatherfield to manipulate Billy into reuniting with him.

It worked and the pair are back together – but Billy’s ex, Paul, knows what Todd did.

He raged at them both: “Is this where I’m meant to offer my congratulations or something?

“Finally got your man, then. Credit where credit’s due – you played a blinder.

“I can’t believe you fell for his act. You two deserve each other.”

And it seems Paul will expose Todd – and cause him to lose everything.

“He will ultimately and temporarily look like he’s got everything he wants,” Iain previously told Entertainment Daily and other media.

“Unfortunately, the lengths that Todd has gone to in order to get what he wants will be the very thing that will be his undoing in the end.

“Todd gets his happy ending but it’s already got a massive fracture in it.

“In a very explosive, dramatic – again quite thriller-ish – way later in the year, Todd’s machinations will all come to light and he’ll end up losing everything again.”

Iain added: “Todd being Todd, he’s fairly Teflon. He’ll lose everything again and then quite quickly set about reacquiring it, or something of equal value.

“We want to enjoy that character, really. We’re conscious that the best villains are ones that you enjoy hating and almost laugh at their sheer audacity.

“Todd has that capacity to be very funny and enjoyable as a villain.”