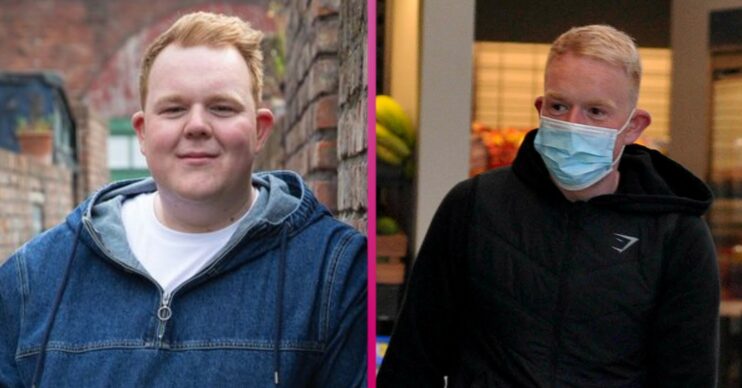 He took drastic action to not be noticed

Colson Smith has revealed he was forced to run in disguise at the beginning of his weight loss journey.

The Craig Tinker actor, 22, has lost a huge 10 stone after taking up running.

But in the early months of his journey, he has revealed he used to wear a disguise and run at night to avoid being recognised.

Taking to Instagram, Corrie’s Colson posted a video of his first run from January last year.

He captioned it: “Earlier I posted my morning run. After I posted it I thought about how far I’d come in my running and my general life.

“If I’d have seen that post on my feed back then I’d have hated it, it would have seemed impossible and a million miles away.

“So I wanted to share this with you, (Just to keep it real).

“This was 10th January 2020 when I laced up for the first time, I was embarrassed to be seen so I went out at witching hour in disguise.

“Everyone HAS to start somewhere. Try it, you really do deserve it.”

The actor, known for playing Craig Tinker in the ITV soap, opened up about his weight loss earlier this year for the first time.

He made a documentary called Bored Of Being The Fat Kid that charted his journey.

And he bravely opened up about ho he would self-harm with food.

“I had a very bad relationship with food,” he told Entertainment Daily! earlier this year.

“It was negative, it was bingie, it was probably a disorder, you know. It was self harm.”

He added: “I got myself into a really unhealthy position.

“Food was a self harm to me like that, it was my comfort, and I didn’t realise how much damage I was doing to myself with it.”

But after taking up running and a strict nutritious diet, Colson managed to transform the way he looks – and more importantly – feels.