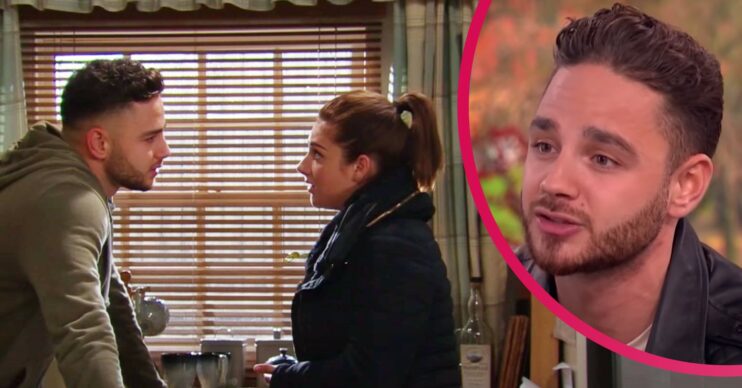 Would you like to see him make a return to the ITV soap?

Adam Thomas delighted his Instagram fans with a snap of a happy reunion with some famous mates from Emmerdale.

The 32-year-old shared an image from a recent get together yesterday (Friday July 2) alongside former co-stars Danny Miller and Kelvin Fletcher.

But Danny and Kelvin weren’t the only soap pals in attendance as Adam promoted his restaurant venture The Spinn. Other stars including Isabel Hodgins and Corrie friends were also there at the special event in Salford.

‘This is just the beginning’

Adam, who left Emmerdale following a nine-year stint in 2018, told fans on Instagram he is just getting going with his business.

But many begged him to consider a soap return when they saw him spending time with their soap faves.

Read more: What are these former Waterloo Road cast members up to now?

Sharing a selfie of him, Kelvin and Danny beaming, Adam expressed his gratitude for them attending his do in the caption for the pic.

He wrote: “Thank you to these beautiful friends and many more who rocked up!”

Who else ‘rocked up’?

She remarked about the reunion: “So happy to see these faces.”

So happy to see these faces.

And it seems the Coronation Street likes of Ellie Leach, Alan Halsall, Maureen Lipman and Ruxandra Porojnicu also popped by.

They were joined by Alexandra Mardell and former Weatherfield stars Chris Fountain and Lucy Fallon, too.

Soap followers immediately daydreamed about how Emmerdale might be if Adam rejoined as his character Adam Barton.

One person commented on his pic: “Love you three together. Just like old times on Emmerdale.”

Another person echoed that thought, also referring to Kelvin: “I wish you two would go back to Emmerdale.”

Someone else noted they were touched by how the former co-stars have stayed in contact.

“Love that you are all so close and good friends, it’s really nice to see,” they wrote.

Somebody else exclaimed on Isabel’s pic: “This is the reunion we all needed! If only Emmerdale got them altogether on screen again.”

And another fan gushed: “This fills my heart with joy!

“If only we could have you two back in the village! Bernice could do with Andy right now! And Vic Adam!”