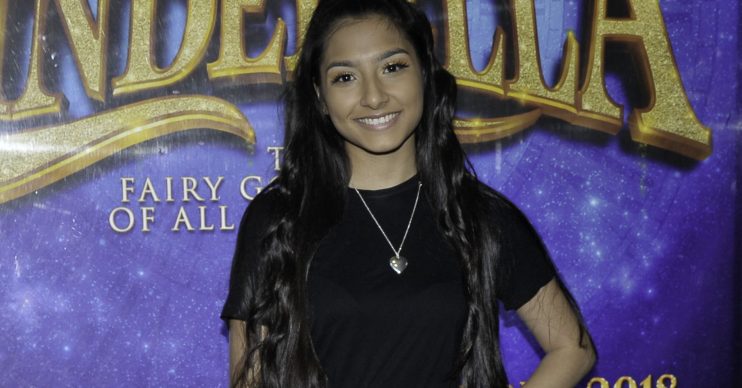 She is left humiliated by the harrowing ordeal

ITV soap Coronation Street is to tackle the dangers of teenage sexting with Asha Alahan in a new storyline.

The teenage daughter of shopkeeper and kebab king Dev will be left devastated when she is manipulated into recording a racy clip for love interest Corey – only for it to then leak online.

Already struggling with her self esteem, Asha’s life will be thrown into turmoil when her new boyfriend encourages her into performing for him, and she will be plunged into self-loathing when it ends up being seen by her friends and neighbours.

Actress Tanisha Gorey, 17, told the Sunday Mirror: “It completely crumbles her, destroys her ­reputation, everything, people in the Street have seen her strip. Everyone has seen it and is talking about it.

“She is bullied at school, ends up moving school. Walking down to Roy’s Rolls, everyone is talking about Asha.

“At a school litter pick they are watching the video and they see me with my clothes off. So it is very personal. It is a bit like trolling, they are participating in this act.”

And things will get even more awkward for Asha when her dad finds out about it, through David Platt.

David will see the clip and take Dev to one side to warn him about what’s happening, and at first Dev will hit the roof.

Tanisha added that at first, the video going viral “is the worst possible thing that could happen”. She explained how Dev has “all the best intentions as a dad” but is initially “­mortified” and ends up shouting and screaming about it.

But she explained that Dev will come around and “go into protection mode” to help his daughter cope with the trauma of being exposed like this.

And it will eventually see the family come closer together – but not before they face the problem head on themselves.

Tanisha also revealed how she had experienced the issue at school in real life, with pals having gone through similar situations.

She called the storyline “important” and praised the soap for tackling the issue.

The actress also confirmed she would stay with the soap for “as long as they would have her” and she had no plans to quit to go to university.