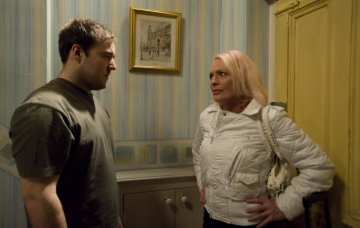 Corrie fans heartbroken as Jackie Dobbs is killed off

Fans took to social media to share their upset

Coronation Street fans were left devastated last night as it was revealed much-loved character Jackie Dobbs had been killed off screen.

Her son, Tyrone, received the devastating news at the end of the second instalment of Corrie yesterday after getting a knock at the door from a police officer.

Fiz was left fuming that she had been stood up on their date, little did she know as she went storming home to confront Tyrone that he’d been held up by the officer’s visit.

While poor Tyrone struggled to take in the news that his mum had died, it seemed Corrie fans also found the news hard to digest… 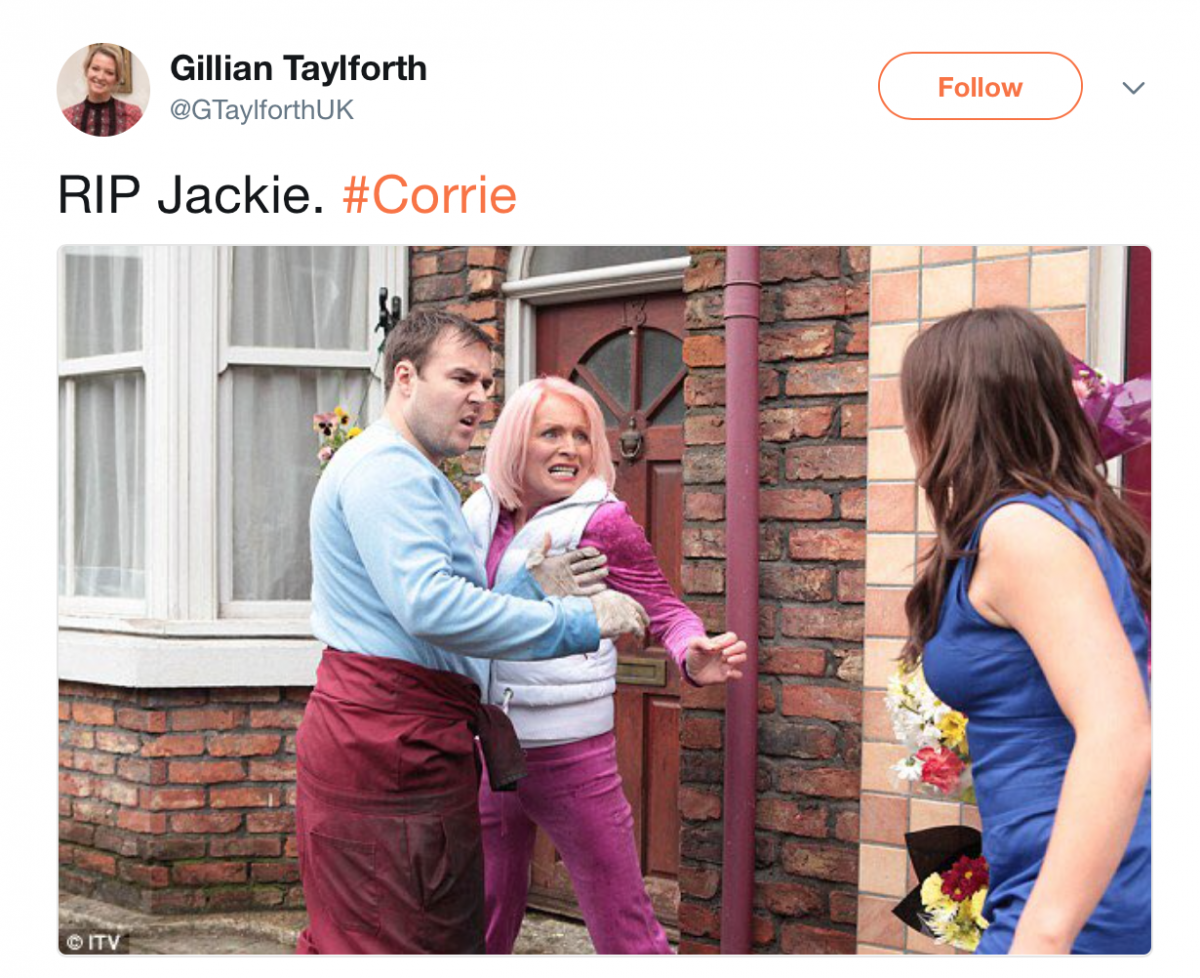 Despite only being in the soap for a short time, Jackie certainly made her presence felt.

She first appeared on our screens in 1998, played by actress Margi Clarke, but was written out a year later.

After making a few more appearances before being written out for good in 2010, it seems fans had been clinging on to the hope that we might get to see Tyrone’s troublemaking mum back on the Street one more time.

While the details surrounding Jackie’s death remain a mystery for now, the timing couldn’t have been worse when it comes to Tyrone and Fiz’s relationship.

The pair have just started to get their romance back on track after Tyrone’s one-night-stand with Gemma Winter.

Could Jackie’s death push the pair further apart than ever? Or will Tyrone find comfort in Fiz’s arms and cement their relationship once and for all?

Are you sad Jackie has been killed off? Leave us a comment on our Facebook page @EntertainmentDailyFix and let us know what you think!