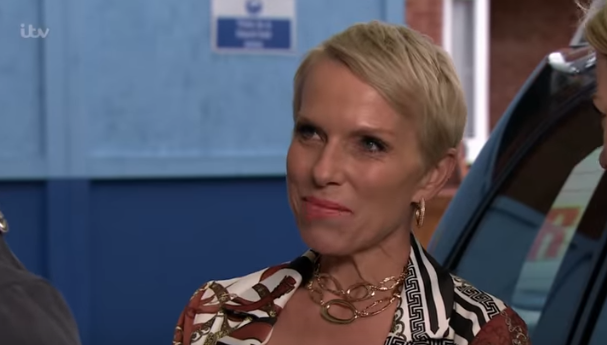 Viewers of Coronation Street have begged for Debbie Webster to stay as she departed Weatherfield after only a week on screen.

Debbie returned to the cobbles last week after 34 years away to tell Kevin about the death of their aunt and the fact she had been left £200k in the will.

However, Debbie decided she wanted Kevin to have the money and after taking time to consider whether to take it or not, Kevin agreed to split it between himself and his three children; Rosie, Sophie and Jack.

However, viewers were gutted to see her go and begged her to stay.

Please bring her back! Debbie is funny, sexy and smart and she needs to be a permanent character! #Corrie #DebbieWebster

Team #Corrie needs to sign Sue Devaney up full-time. Debbie Webster has some real fire and energy to her.

I wish Debbie wasn't leaving. It's been great having her back #corrie

Can Debbie stay please #Corrie..get rid of Ali, Robert, Vicky..and a few others…I know some of them are leaving, it can't come quick enough…

Sue originally played Debbie from 1984 until 1985, appearing with her on-screen dad, Bill Webster.