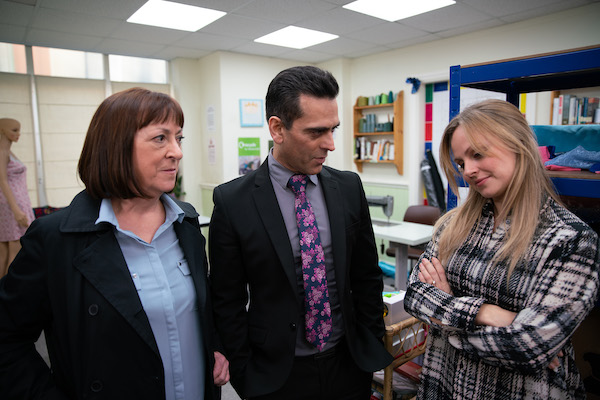 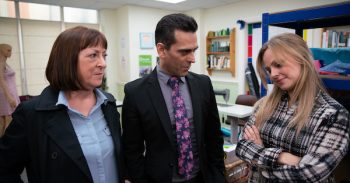 Sarah drops her brothers in it

Nick and David could be in some serious trouble next week when the police ask to look into the factory accounts.

After the events of the factory collapse, Nick is looking forward to getting Underworld up and running in the community centre but Imran is not happy.

As Nick heads out to open the new factory, Imran is upset, still grieving after the death of his sister Rana. However, he soon finds a shoulder to cry on when Nick reveals that his father was murdered and assures him although grief never leaves, it lessons and you learn to cope with it.

Nick’s attention is soon turned when the police soon come around requesting company accounts and Sarah hands them over glad to be of help. But has she just dropped her brothers in it?

The businessman worries when the accounts are handed over and alerts David to the fact if the police spot Audrey’s money in there, they could be facing a prison sentence.

The brothers decided to set up their own business opening up a barbers using the rest of the funds. However, it looks like Nick and David could be in big trouble if the police see that Audrey’s money was put into the account.

Nick becomes involved in more drama next week when he tries to make Natalie quit.

He instructs David to give Natalie a series of menial tasks including cleaning the toilets and testing all the shampoo bottles. However she susses what he’s up to and continues without complaint.

As she goes to head home, Nick produces a fancy dress costume and sends Natalie out to hand out leaflets. She calmly goes, wise to his game.

Back at the barbers she informs David that she won’t quit as she really wants to learn the trade. What will David do next?