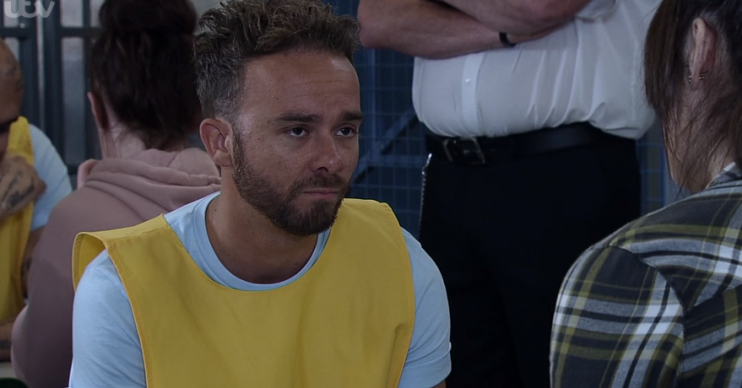 Jack P Shepherd's character will be involved in a violent altercation

Coronation Street’s David Platt will reportedly come face-to-face with his rapist Josh Tucker in jail – and he’ll end up with blood on his hands.

Viewers know that Gail’s son – played by Jack P. Shepherd – is currently in jail for his part in brother Nick’s swindling of grandma Audrey’s money.

But, according to The Sun, David’s sentence could get drastically lengthened when he encounters the man who subjected him to a horrifying sexual attack.

The newspaper reports that the prison where David is being held will have a huge riot when the prisoners get out of control.

And, during the clashes, David takes the opportunity to get his revenge on Josh and STAB him.

In an horrifying twist, David’s family learn of the scary riot on the news – and have to wait to discover if David is safe.

Somehow, amongst the chaos, David manages to call his fiancée Shona and informs her that Josh has been stabbed – and it doesn’t look like he is going to make it.

But when she asks whether he stabbed him, David remains tight-lipped.

While many viewers might cheer to see Josh meet a violent end, David’s actions could leave him in big trouble if he’s ever found out.

The dark storyline comes after horrific scenes last year in which David was drugged and then raped by Josh.

Viewers were disgusted as Josh stayed in Weatherfield to torment his victim, and eventually caused David to breakdown.

Josh was beaten up by another man when he tried to do the same thing again.

He was left blind after the attack, and David managed to get closure when he drove him to an alleyway and told him he was outside a police station.

As David told him to go inside and confess, Josh broke down and admitted he wouldn’t survive in prison, which was enough for David who left him there.

And it seems Josh’s prophecy that he wouldn’t survive prison could have been right, if this storyline comes to fruition…

Will Josh die? And does this mean the end of David’s freedom?