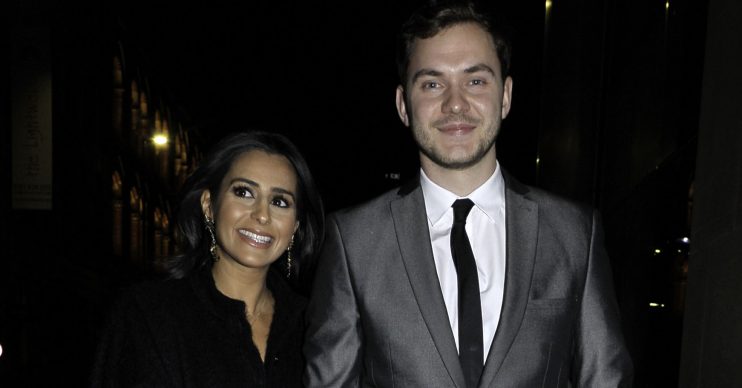 Sair and Simon Lennon have been dating for two years

Soap actress Sair Khan has reportedly split from her boyfriend.

The Coronation Street star and fellow actor Simon Lennon have been dating for almost two years, but their increasing work commitments are believed to have put a strain on their relationship.

Sair, who plays Alya Nazir in Corrie, and Simon, who plays Brains in Our Girl, have struggled to see each other as a result.

Sair’s time on Channel 4’s Sink Or Swim is also said to have been a contributing factor.

“Sair has found the challenge of learning to swim from scratch really tough,” a source told The Sun.

“Training has been more difficult than she expected and it has really taken its toll on her emotionally and pushed her relationship to breaking point.”

The source added that the couple used to be inseparable, but added: “Now both of them have huge work commitments and are at pivotal times in their careers. They have tried to make it work but are taking some time to give each other breathing space.”

Read more: Corrie’s Sair Khan breaks down in tears as she opens up about mum’s death

The split comes as Sair revealed she’s had a tough year after losing her mother.

On this week’s Sink Or Swim, the actress broke down in tears as she opened up about her passing and how challenging the show has been, saying it left her feeling “raw” and “vulnerable”.

“What it’s actually opened up, it’s a Pandora’s box,” the actress admitted.

“I lost my mum earlier in the year and it’s been incredibly difficult for me.”

“Let me tell you a thing or two about the lady I called Mama. She was strong and fierce and a little bit sassy. You definitely wouldn’t mess with her. In primary school I desperately wanted my independence, the last thing I wanted was my mother walking me to school.”

She added: “This year I have felt a loss so profound that my whole body has ached. I’ve cried enough tears to fill the English Channel. I’ve felt raw pain and i know I’m not the only one. I stand in solidarity with all of you who have lost a parent, a friend, or anyone that has shaped you into the person you are today.

“I’ve learnt to swim but I’m still learning to heal. Grief is a suspicious thing but the last two months of swimming have been a much needed release,” the Coronation Street actress continued.

Entertainment Daily has contacted a representative for Sair for comment.