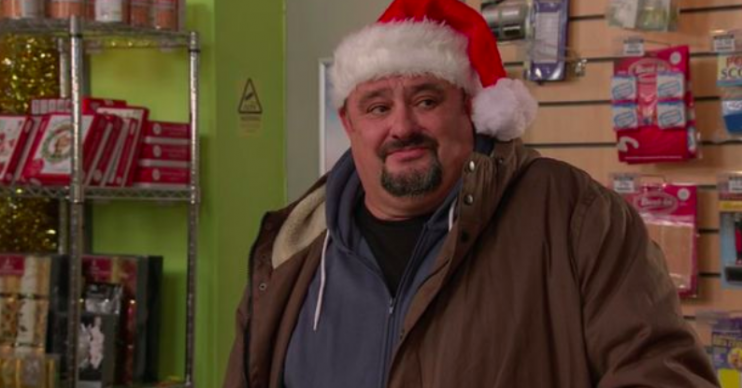 He played Jack Boswell in Bread!

On Wednesday (December 11), fans of the ITV soap were thrilled to recognise Victor McGuire in a surprise cameo.

Victor, who is perhaps most famous for his role as Jack Boswell in Bread, was seen in Dev’s corner shop and fans were quick to comment on his star turn on Twitter.

One tweeted: “Brilliant seeing Victor McGuire from Bread in Dev’s shop on @itvcorrie.”

Another said: “What a legend @vicmcguire64 in Corrie. Loved him in Bread and Goodnight Sweetheart.”

Blinking eck the bloke from bread knows his way round a buffet. #Corrie

A third added: “It’s Victor McGuire, aka Ron from Goodnight Sweetheart and Jack Boswell from Bread.”

“He was also in Trollied,” pointed out another fan.

In fact, 55-year-old Victor has been acting since 1983 and starred as Mike in Brookside, Gary in the film Lock, Stock and Two Smoking Barrels and Shaun Carter in Peak Practice.

He’s also popped up in countless other TV shows, including Casualty, Doctors, Chernobyl, Shakespeare and Hathaway, and Heartbeat.

It’s not the first time Victor has appeared in Coronation Street, either.

He first appeared in February as market trader Big Garth.

After Paul Foreman stole a diamond ring belonging to Roy Cropper, he sold it to dodgy stallholder Big Garth and later tried to buy it back off him.

Will Big Garth make another appearance on the ITV soap? Many fans hope so!

She’s played by Sian Reeves, who Cutting It fans will recognise as Sydney Henshall, before she went on to star as Elaine Jarvis in EastEnders, and psycho Sally Spode in Emmerdale.

Did you recognise Victor McGuire in Coronation Street? Leave us a comment on our Facebook page @EntertainmentDailyFix and let us know what you think!