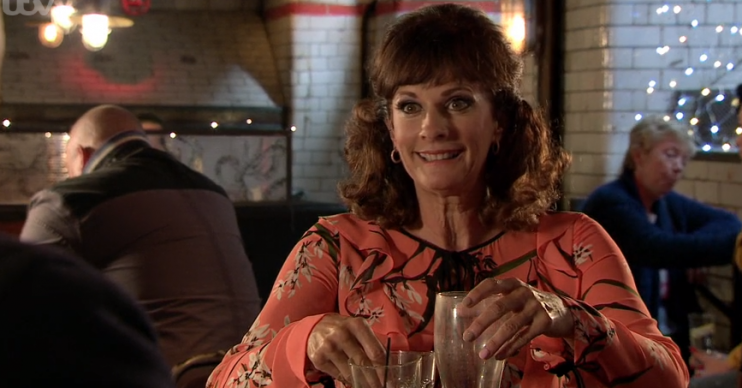 Coronation Street: Where have you seen Tim’s wife Charlie Wood before?

Sian has appeared in two other popular soaps!

So, where do you recognise Charlie – aka Sian – from?

Recently, Tim revealed he had got married in Las Vegas over a decade ago – and he was shocked to realise the wedding was in fact legally binding.

After his dad, Geoff, returned from a trip to the American city married to girlfriend Yasmeen, Tim was horrified to learn Vegas weddings are official.

As Tim married Sally a couple of years ago, that makes Tim a bigamist.

After speaking to solicitor Imran, Tim realised he needed to track down his long-lost wife Charlotte.

Tim eventually managed to track down Charlotte Wood, who goes by the nickname Charlie, to a bar not far from Weatherfield.

Charlie immediately recognised Tim, but where do you know actress Sian from?

Sian has made appearances in different soaps over the last 13 years including EastEnders and Emmerdale.

Ashley bumped into his former flame and was surprised to see her married to his rival Vincent.

She soon moved in with Ashley and Ashley’s wife Laurel, claiming Vincent was abusive and after seeing him lash out at Ashley, they believed her.

However it wasn’t long before she started trying to get rid of Laurel and made several attempts to kill her.

Laurel soon clocked onto her and Ashley asked Sally to move out, but as she only moved round the corner to Edna’s, Laurel still felt unsafe.

Sally then stalked Ashley and told Laurel she was pregnant with his baby.

It was later revealed that she was mentally ill and Sally was sectioned and never seen again.

Three years prior to her role in Emmerdale, Sian played Elaine Jarvis in EastEnders 2006 for five episodes.

Elaine was the manager of Fargo’s restaurant and had a thing for Kevin Wicks.

Sian is also well known for her role as Bianca in Mount Pleasant and Sydney Henshall in the BBC drama Cutting It.

She has also appeared in Casualty, Doctors, The Bill, City Lights, Northern Lights, Hope Springs and Where the Heart is.

Did you recognise Sian? Leave us a comment on our Facebook page @EntertainmentDailyFix and let us know what you think!